Home Android HTC 10 Already Up for Preorder, Priced at $825 Via Romanian (European)... 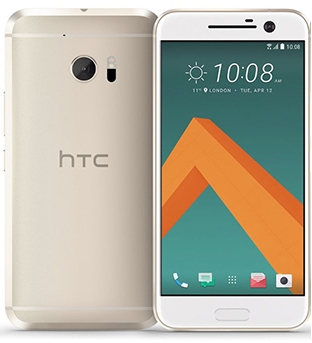 HTC 10 has had its fair share of leaks, but now that March is ending, we’re entering April and we’re about two weeks away from its launch. It doesn’t exactly surprise us to see the phone listed for sale, but the place it appears is quite interesting. It’s a retailer from Romania, Eastern Europe, known as Quickmobile.ro.

The listing in Eastern Europe may mean that the whole world is getting the phone at the same time, in April. The device is priced at around $825 and the specs listed within the offer are the ones that have kept leaking, while the design is still the one with those huge edges. The handset is listed in gold or gray and brings 32 GB of storage, as well as an AMOLED 5.15 inch screen with Quad HD resolution. The OS here is Android 6.0 Marshmallow and we’ve got a Snapdragon 820 CPU inside, plus 4 GB of RAM. 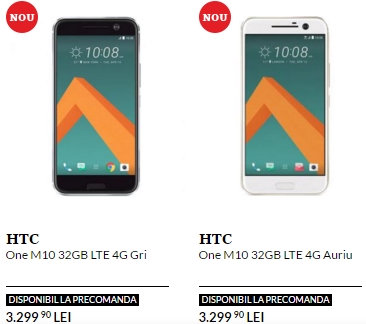 HTC 10 packs a microSD card slot and a 12 megapixel back camera with laser autofocus, optical image stabilization and dual tone flash. At the bottom there’s an USB Type C port, while upfront there’s a fingerprint scanner integrated within the Home button. Fasting charging is also listed. Deliveries are supposedly slated for April, according to the retailer.

The launch should still go down on April 12th and first shipments on the 15th, according to rumors.