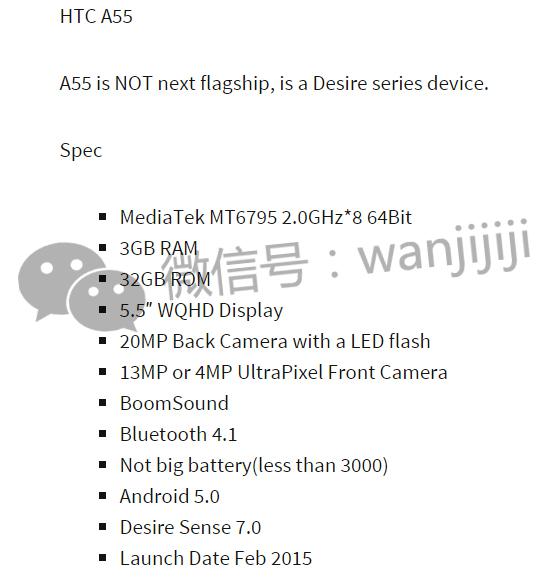 In this morning, several Chinese sources revealed the fact that HTC is preparing a new high-end phablet from the Desire range, device called for the moment HTC A55. Beside the specs showed up in the image below, we also notice the fact that this phone is expected to be launched this month before the start of Mobile World Congress. 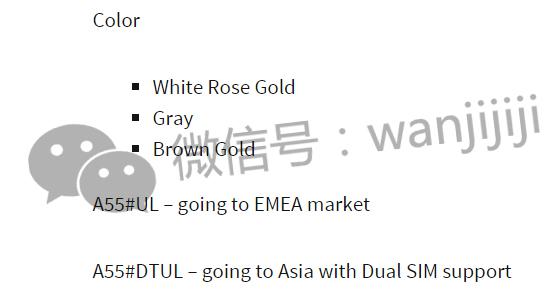 Other specs include BoomSound stereo speakers, a 3.000 mAh battery, Bluetooth 4.0 connectivity, a 3.5 mm audio jack and a microUSB v2.0 port. On the software side, HTC A55 will bring Android 5.0 Lollipop with the Desire Sense 7.0 custom interface applied on top.

Is expected that this high-end phablet to be introduced in Europe, Middle East and other regions in three different color variations: white gold rose, gray and brown gold. We’ll also get a dual-SIM variant later after the official launch event.