Where would HTC Touch Diamond be now without the TouchFLO 3D interface? We have HTC and the designers from One & Co to thank for that and it seems that the latter will be acquired by HTC. One & Co is a design company based in San Francisco and their portofolio includes works done for Coca-Cola, Adidas, Dell or Palm. 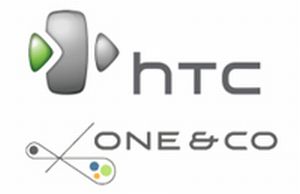 HTC announced that One & Co will still work with its older clients, so we might someday see a medley between products, like a Coca Cola Touch, or a TouchFlo Palm.