Apple has recently announced the top 10 applications available on the iTunes App Store and while some of them really deserve their places, there are also surprises. Pleasant or not, it’s up to you to decide…. 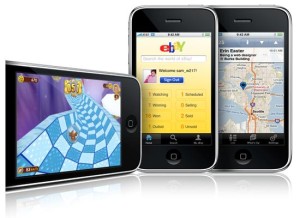 The apps can be used on the iPhone or on the iPod Touch and they’re divided into 2 categories: paid and free. As you might have guessed, most of this top downloaded applications are games and entertainment-related software. The number 1 paid app on the App Store is Koi Pond (The Blimp Pilots), followed by Super Monkey Ball (SEGA) and Pocket Guitar (Shinya Kasatani).

Passing on to the free apps, number 1 is iPint (Beattie McGuiness Bungay), followed by Google Earth (Google) and Labyrinth Lite Edition (Codify AB). So, it’s all about games, beer and navigation, right folks?

I get it, you drink beer, play a game and use navigation to manage to get home in one piece.