After Motorola published a detailed list of the devices prone for Android 4.0 updates and the dates they’re getting the software, it’s HTC’s turn to do so. They’ve just posted an update list for the masses and you can see it below in full detail. Seventeen devices have been privileged to get the software, apparently. 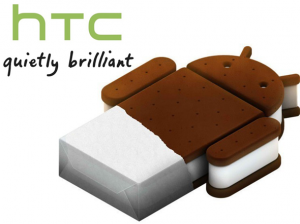 August is the latest time area to get the update, for models such as the Droid Incredible 2 for example, but that and many more are shown in the list below. All the Sensation models are mentioned here and luckily even the less appreciated 3D model HTC EVO 3D gets the latest software. HTC Rhyme also stuns by getting the update, although it seemed more of a single core phone for ladies without too much to aspire to… And here’s the list now:

Hopefully your phone is on the list, since Android 4.0 ICS is supposed to bring the usual UI modifications, better stability and battery and a more efficient multitasking. Expect dates to be pushed at least once, or so says my gut feeling.