HTC Blast is a new concept made by Antoine Brieux, this time packing in together a dual core 1.5GHz CPU and the Android 3.0 Honeycomb OS. This is a buttonless device, relying on the HAND POWER technology in order to turn on the screen. 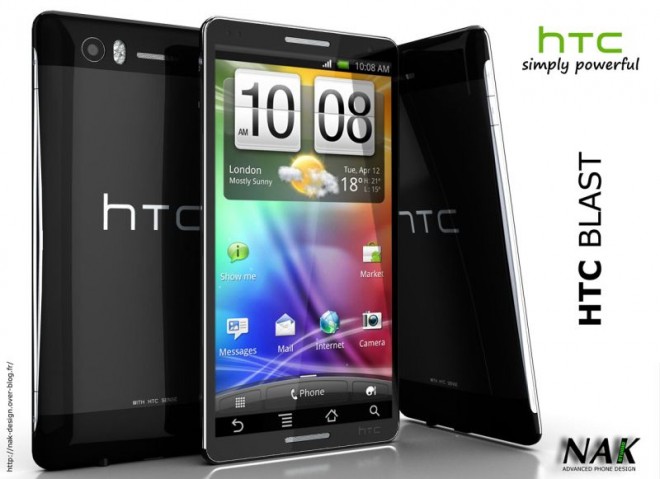 At the front side, HTC Blast packs a 4.7 inch touchscreen based on AMOLED technology and supporting a 1280 x 720 pixel resolution. The CPU is Qualcomm Snapdragon unit and the handset also comes with 1GB of ROM, 1GB RAM and 32GB of internal storage. The camera at the back is a 12MP unit, while the cam at the front is a 3.2MP one, possibly meant for video calling.

WiFi, 3G and 4G connectivity are also on the specs list of this dual core smartphone, powered by a 1800mAh battery. HTC Blast weighs 165 grams, measures 9mm in thickness and it runs Android 3.0 Honeycomb with HTC Sense UI. 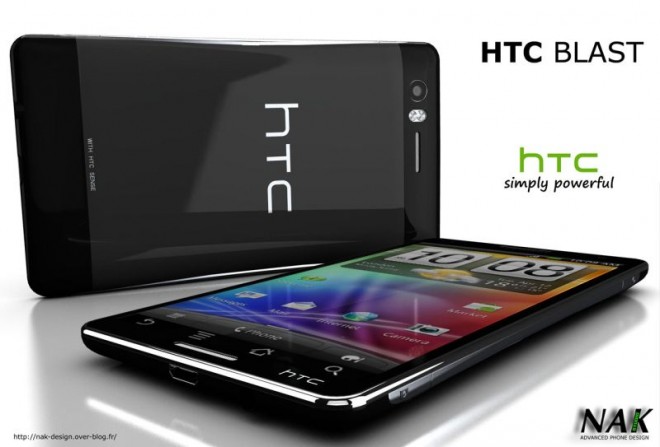