After seeing a leaked photo of a HTC HD2 unit running Windows Phone 7 (probably fake), we’re expecting some sort of announcement from either Microsoft or HTC. Finally, it came, but as a tweet from the official Windows Phone Twitter account, saying that info regarding HD2 and Windows Phone 7 series will be released next month. 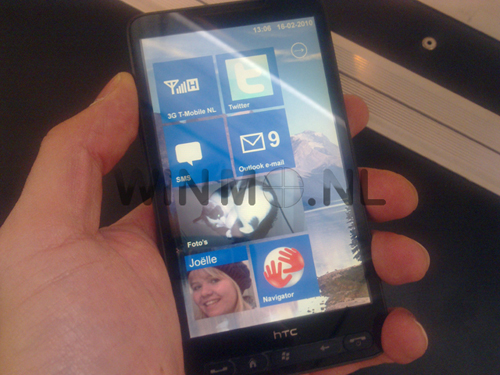 We know that this device is certainly compatible with the new OS, that would look great on it, but is the platform finished 100% at this point? We know it was demoed at MWC 2010, with hubs, Zune features, Xbox Live and all, but how about implementing it on an already existing device?

Also, if you’re wondering about the leaked photo shown above, it’s supposed to show a HD2 running a leaked WP7 ROM, ported by some lucky developer. Turns out that the OS even comes with TomTom Navigator, that would be pretty cool. 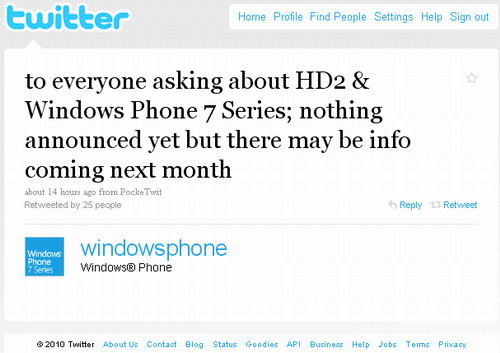 [via Unwired View and winmo.nl]