A couple of days after being officially announced, we’ve just got word that HTC’s latest smartphones, the HD Mini, Desire and Legend have had their pricing and launch dates revealed. The info was confirmed for the UK market and it turns out that the devices will hit eXpansys on April 12th. 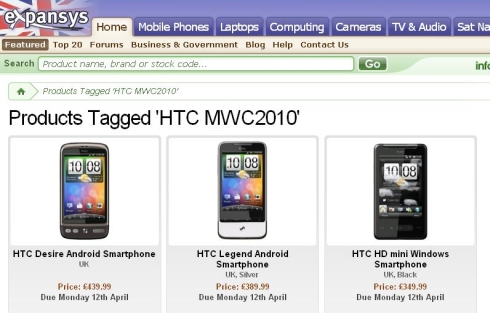