Each time a new picture or video of HTC Leo gets leaked, the device gets more detailed and a new controversial aspect about it is revealed. First, we learned that the seemingly resistive touchscreen is capacitive and supports multi-touch plus pinching gestures, now there’s some confusion regarding the name of the handset. 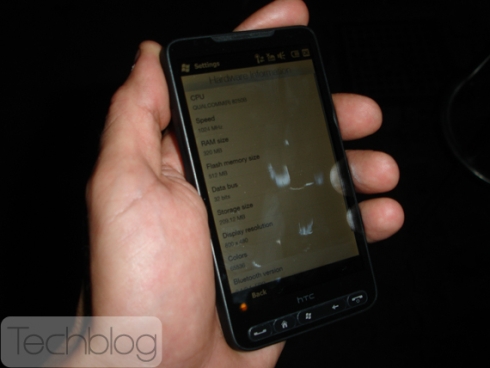 Last time we had a look at the device, it sported the “HTC Pro Three” branding at the back, but now there’s a screenshot of its Bluetooth menu showing its name as HD2. This would mean that the phone is the rightful successor to the Touch HD model, a pretty good guess, if we have a look at the larger 4.3 inch capacitive LCD display.