Recently we got a new insight into the world of the upcoming flagship HTC, dubbed the M7 or simply HTC One. We found out it’s going to be a Full HD phone with a 4.7 inch diagonal, a 13 megapixel camera and 2 GB of RAM. But what’s so special about the camera, rumored to feature a new “ultrapixel” technology? Well, a new leak could hold that answer. 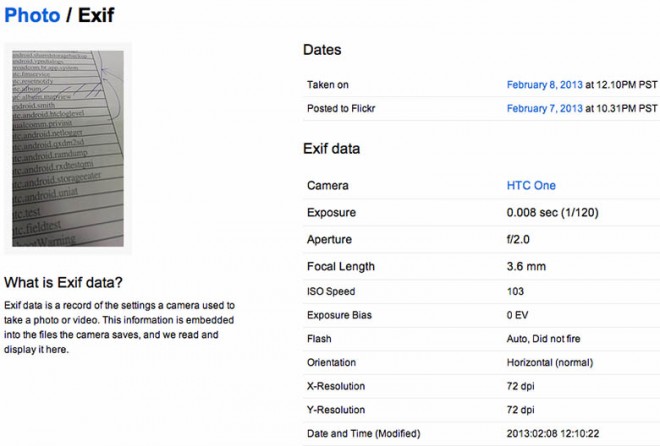 Turns out that good old Flickr produced a picture confirmed to be taken with the HTC M7 on February 8th no less. The device’s camera has a 0.008 sec exposure, f/2.0 aperture and 3.6 mm focal length. It has an ISO speed of 103, and exposure Bias of 0 EV. For those of you wondering, Exif data is a record of the settings that a camera uses to take a photo or video. The info is embedded into the files that the camera saves. The HTC M7 is said to debut on February 19th, during a special pre MWC 2013 event that may mark the unveiling of several other phones.

Also known as HTC One, this device has taken the largest version of this pic at 1158 x 2048 pixels, not exactly 13 MP level, so it may be a crop or resized version. We’ve heard this new phone associated with the Ultrapixel technology, one that involves 3 stacked 4.3 MP sensors, that thanks to clever software produce very detailed images, surpassing a normal 13 MP camera. 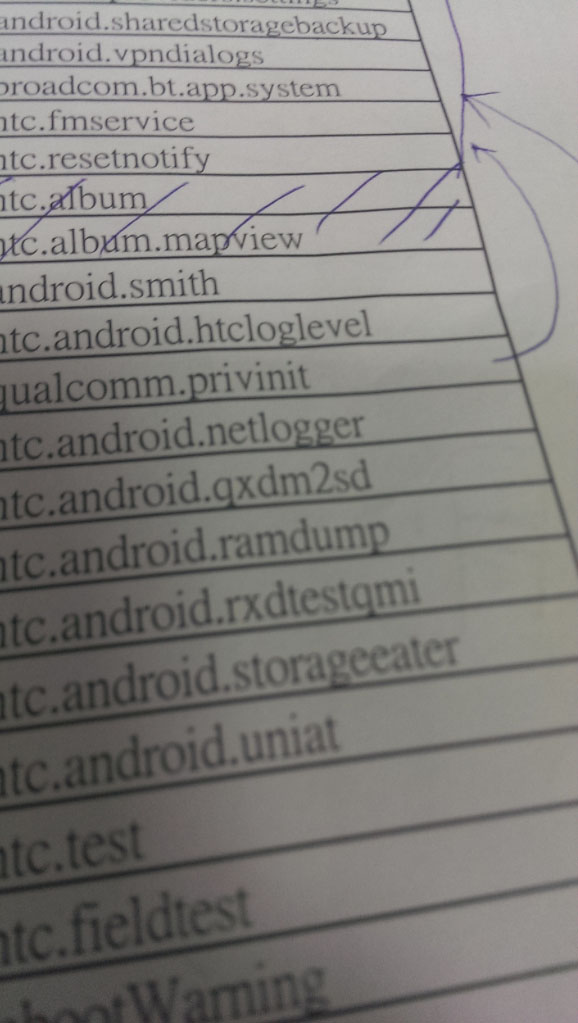