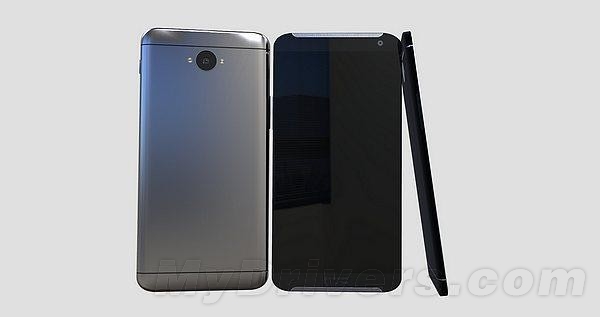 HTC’s future flagship, the M9 is expected to be unveiled at Mobile World Congress 2015, in March, but till then the rumor floodgates have opened and today we learn more about the newcomer. India’s International Business Times claims we’ll actually get two versions: the HTC M9 and the M9 Prime.

The M9 is said to get a 5.5 inch Quad HD display, with a Qualcomm Snapdragon 805 processor and 3 GB of RAM, as well as 64 or 128 GB of storage. Android 5.0 will also be on board, plus a 16 megapixel back camera with OIS and a 3500 mAh battery. The M9 Prime specs aren’t known yet, but they’re most likely appealing. HTC is also said to be working on a partnership with audio brand BOSE, to provide trademark sound technology.

Their dual speakers at the front of the HTC M9 would be a big deal with BOSE on board. We also got the picture above, together with the scoop, but we can’t say more than the fact it’s a render of the supposed way the M9 is going to look. The idea is to keep the case metallic and also decrease the size of the bezels to as little as possible.