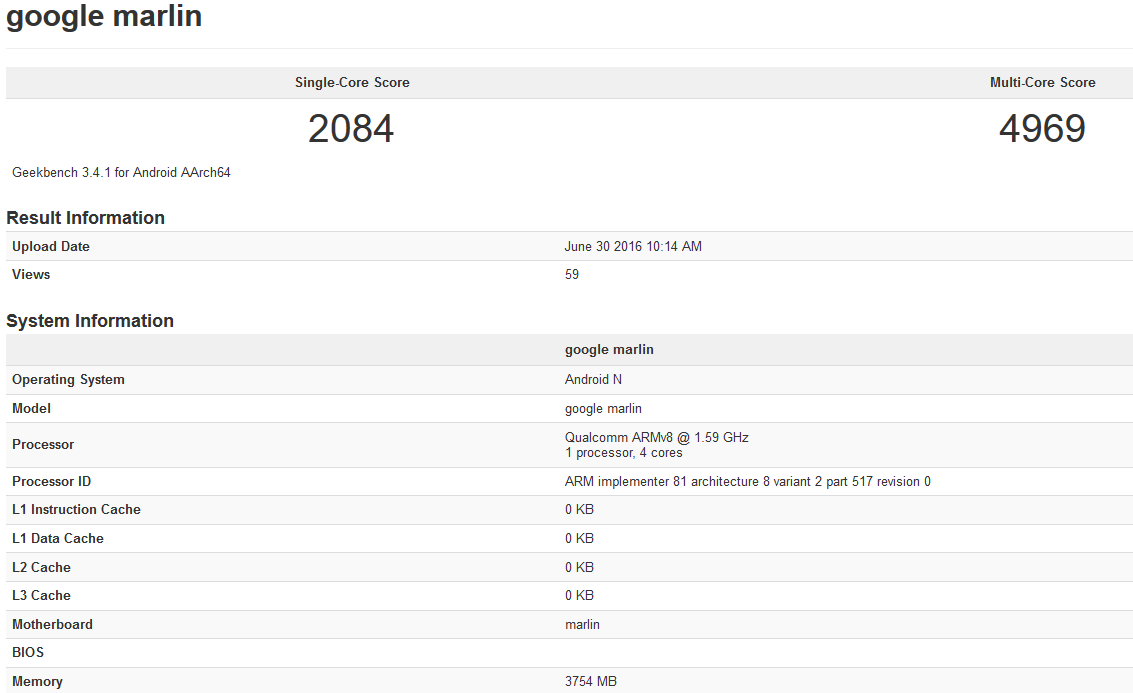 While the HTC Nexus 9 wasn’t exactly a hit, HTC somehow managed to score a deal to make 3 Nexus models this year, if the rumors from the past months are to be believed. Several codenames like Marlin have appeared and today a GeekBench test shows more details about at least one of the new Nexuses. 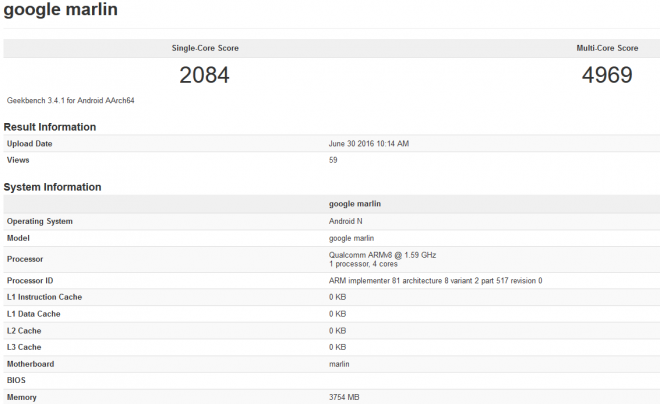 Two of the newcomers from HTC are dubbed Nexus S1 (5 inch screen) and Nexus M1 (5.5 inch screen). The latter is the subject of the GeekBench 3 leak (as Google Marlin), with a Snapdragon 820 CPU in tow and a 5.5 inch Quad HD AMOLED screen. A 12 megapixel camera is expected at the back, plus an 8 MP front shooter and a rear fingerprint scanner should be here too.

There’s 4 GB of RAM in the mix and 32 or 128 GB of storage. Finally, sources talk about two speaker grilles at the bottom and an USB Type C port. The GeekBench 3 score tests were in the range of those on the HTC 10, so don’t be surprised if this model is derived from the flagship. HTC is said to ship the newcomers in September.