Home Android HTC One M8 Gets Updated to Lollipop in Europe, Confirmed in Several... 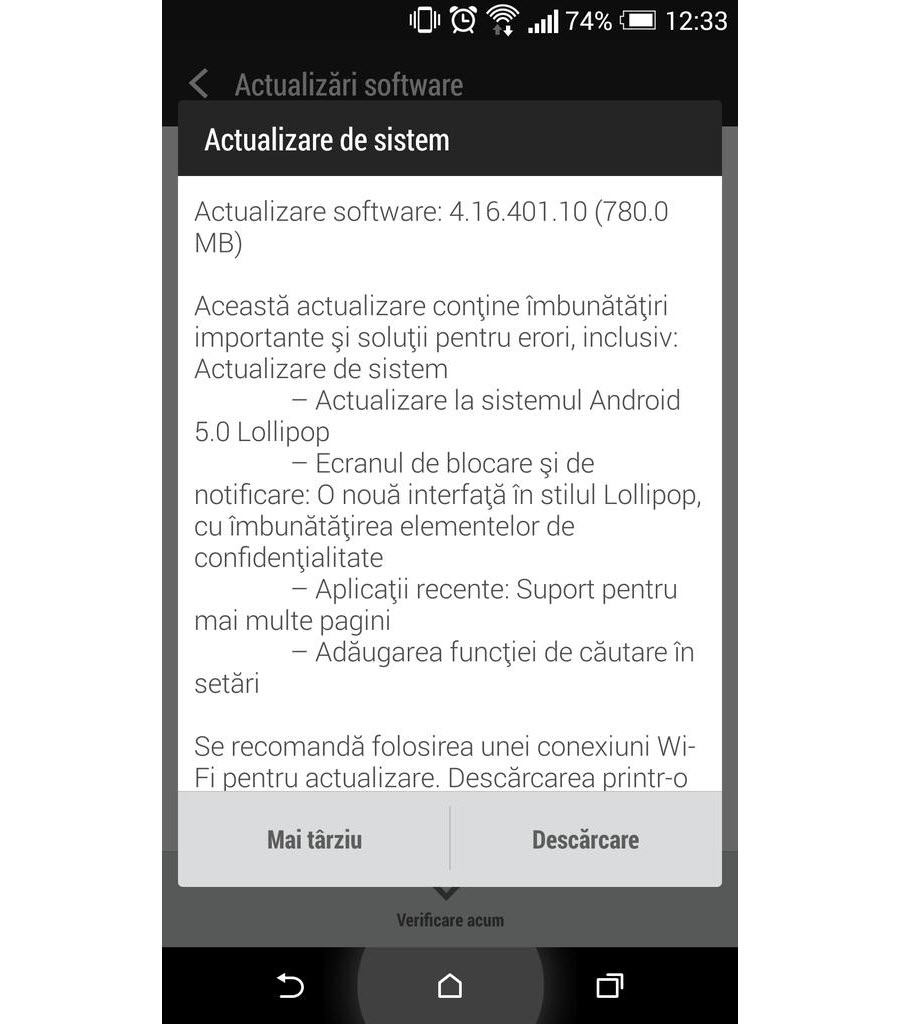 The day started with HTC One M8 getting Lollipop in Eastern Europe, Romania, according to a confirmation from one of the sources of the website Mobilissimo.ro. The 2014 HTC flagship got updated to Android 5.0, after a series of clips and photos showing the release in action on this device hit the web over the past month or so. 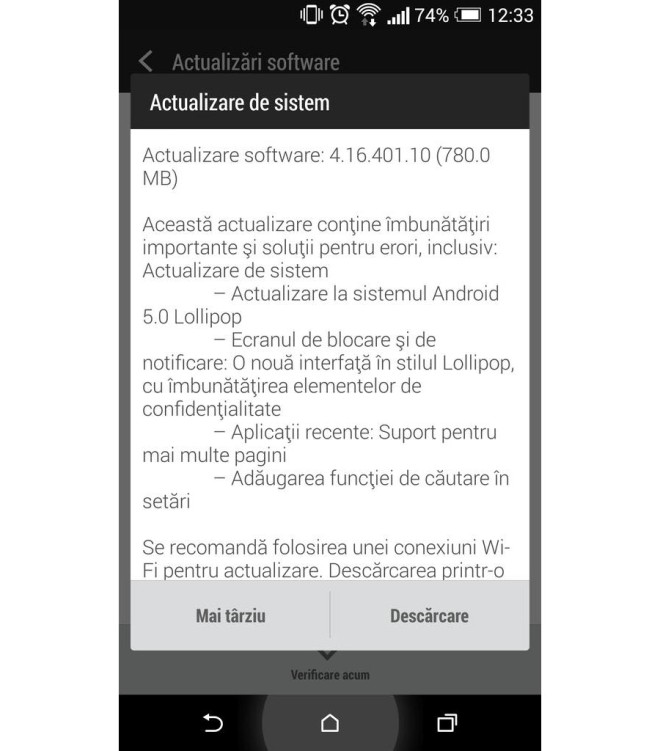 In the case of the Romanian user who got the update, the firmware was 4.16.401.10 and it brought bug fixes, Material Design, a new carousel multitasking system and the ability to search in the Settings area. The software package takes up 780 MB and it’s recommended you use WiFi for the download, in order to save bandwidth and time. Android Lollipop also improves the battery management, security and general functioning of the device.

Keep in mind that the phone stays at HTC Sense 6.0 in spite of the update. HTC Sense 7.0 will debut with the HTC One M9 model and probably be reserved exclusively to it for a few months or so. In the meantime, we learn that in other European countries there have been sightings of this update on the HTC One M8. Did you get it?