HTC Shift is a device dating back from the days of the first tablets and a smartphone some of you may not be familiar with. Be that as it may, this nifty device is able to run Mac OS X, thanks to a recent XDA Developers port. Find out what’s working and what’s not on this port after the break. 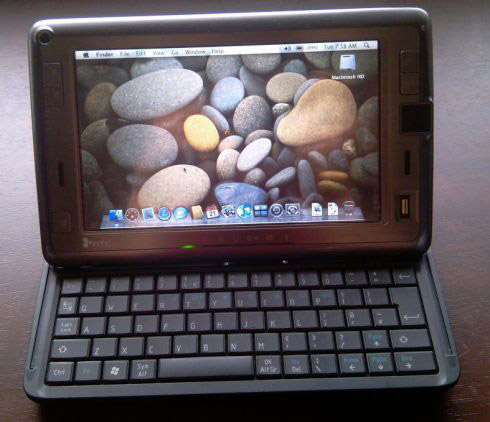 HTC Shift runs version 10.5.6 of Mac OS X, since later versions had some drivers removed by Apple, as it was getting ready for Snow Leopard. Here’s what’s not working: WiFi, Bluetooth and the fingerprint scanner. Well, at least the device’s camera is OK, as well as its trackpad, keyboard, speakers, internal drive, connectivity options and SD card slot.

The devs are sure that they’ll get the 3G working at some point… more details can be found here.