Huawei debuted quite a number of smartphones lately, bringing them to CES 2013 and MWC 2013, but that doesn’t stop them for preparing even more. After all, they are one of the biggest if not the biggest telecom device makers in the world. Today we get to check out the brand new Huawei Ascend G710, a handset that looks high end, but it’s not that well specced to be called a flagship. 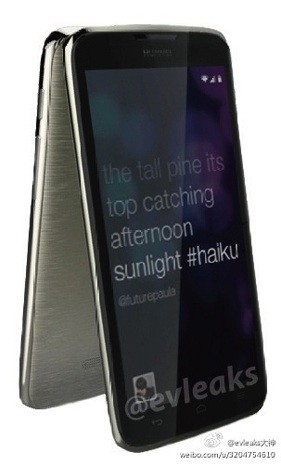 Well, it may have decent specs, but they pale in comparison with the Huawei Ascend D2, a very impressive presence at MWC. The device features a 5 inch display with 720p resolution, a 1.5 GHz quad core CPU and a premium looking case. The back reminds me a bit of the Samsung Ativ S, only this time I think we’re dealing with real metal and not faux metal.

The G710 supports CDMA and GSM networks and the camera and storage are mysteries right now. We can speculate that the G710 comes with either an 8 or 13 megapixel shooter and at least 16 GB of storage, plus LTE maybe and NFC. I’m very curious how big the battery is, considering that the device is so slim.