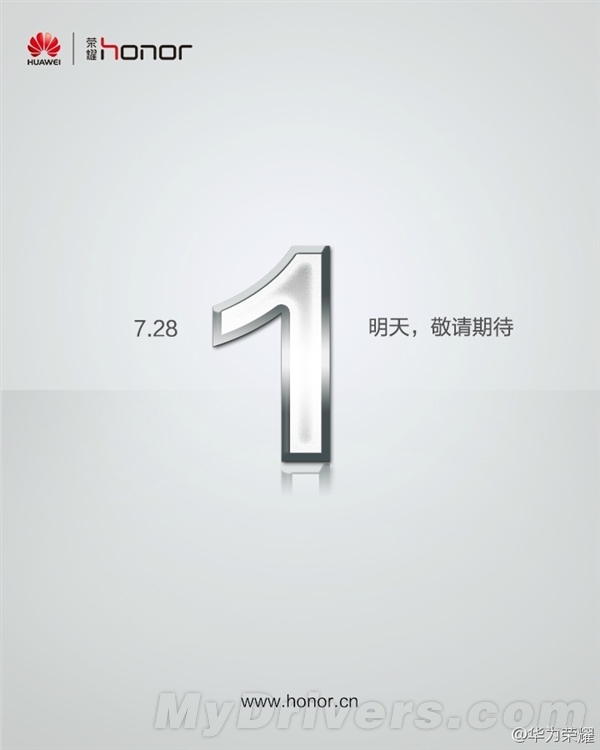 Huawei just teased today a brand new handset launch for tomorrow, which is kind of odd and last minute, if you ask me. This newcomer may just be the Huawei Honor X1, if we judge by the big “1” in the teaser below and by the fact that the rumors state it’s a Huawei Honor device.

We’ve recently heard rumors about a new Huawei flagship, much higher placed in Huawei’s portofolio compared to the Ascend P7 even. There has been talk about a potential handset with 4 GB of RAM, although that’s certainly overkill on a mobile phone and would require a 64 bit CPU to actually make use of all the memory. This would mean that Huawei would have to come up with its HiSilicon chipset with 64 bit architecture and I don’t remember anything like that being launched recently.

Or they could go with a solution created by a third party, which Chinese companies don’t quite like doing. I’ll remind you that Apple devices are doing brilliantly with 1 GB of RAM and now Android models need as much as 4 GB to get going… I’ve seen lag on 3 GB RAM smartphones, so maybe more optimization and less spending on hardware?