Home Huawei Huawei Will Launch a Mysterious Device on July 30 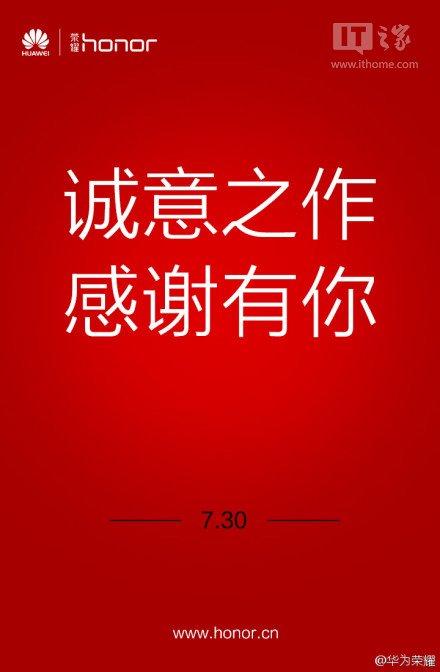 Last week, Huawei released several invites for a press event on July 22, a day when the Chinese producer Xiaomi launched its new flagship phone dubbed Mi4, an event that was post-phoned. Now, according to a new teaser image, it seems that Huawei will release its new device on July 30.

This new phone could be Huawei Honor X2, a device with model number H60-L02 that recently got certification from TEENA. This device may pack 4 GB of RAM, and a 8-megapixel front-facing camera perfect for selfie lovers. We’re also get two SIM slots and 4G LTE connectivity.

Unfortunately, there’s no other info about this mysterious device. It remains to see if Huawei will release the Honor X2 smartphone  or a different one.