Remember T-Mobile G1’s Live Street View feature that allows you to see both Google street level photographs and real world images overlaid? Well, the iPhone might get something similar with the 2.2 software beta 1 version, which is rumoured to include Street View. 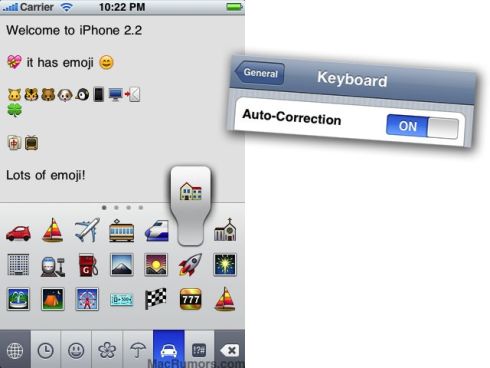 iPhone software 2.2 will also include Emoji support, which is basically a pack of Japanese emoticons, far more numerous than the ones used in your IM. 461 of them will be available on your iPhone. The list of goodies doesn’t end here, though, as we’ll also get to switch the auto-correction off.

This will surely appeal to those fast typers who don’t want their words corrected and like rough chunks of text to be sent out just the way “they is”.