It’s the iPhone 4S that we’ve seen today folks, not the iPhone 5 and now we have all the details about: price, specifications (most of them) and launch date. A not so enthusiastic Tim Cook, the new Apple CEO and crew unveiled the new Apple iPhone today and showed us a bunch of info that we already knew. It was annoying to wait for one hour into the event to learn about the iPhone 4S, but at least we have the goods for you, as reported by the lovely guys of sister site Mobilissimo.ro 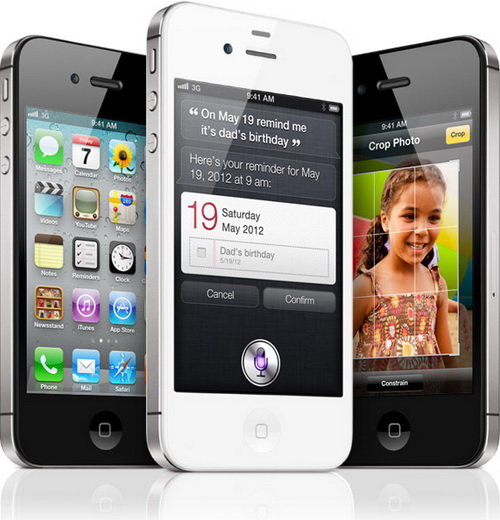 For starters the iPhone 4S is a revamped iPhone 4, with Apple A5 dual core processor and 8 megapixel camera. The handset is also a world phone, so it’s work in both CDMA and GSM networks, just as the speculations claimed a while… Another piece of good news is that 64GB versions will be available, once again as rumored. The Retina Display stays the same and so do the diagonal and resolution.

Inside the handset we find alongside the A5 CPU a new dual core GPU, that will increase the graphics performance sevenfold, as shown by a presentation of a new Infinity Blade title. Apple also decided to make up for the grip of death on the iPhone 4 and implemented a revamped antenna system, that switches between two sets and avoids dropping calls. Also, these antennas are suppose to give you highest HSPA+ signal and speed, especially when compared to other smartphone models .

Possibly the most important innovation is the 8 megapixel camera, with hybrid IR filter and aperture of f/2.4. Also, the cam does 1080p HD video capture, allows you use the volume up button for taking shots and there’s also a brand new image signal processor and image stabilization. It takes a mere 1.1 seconds to be able to take a photo on the iPhone 4S and a half a second between successive shots.

The highlight of the Apple event (for me) was the presentation of Siri, a voice recognition app and technology, that recognizes casual phrases and words. For example, if you ask the phone to wake you up tomorrow at 6 it most likely will and if you ask it if you should wear a raincoat, it will check out the weather and give you the proper answer. The battery life is also enhanced to give you 8 hours of 3G talk, or 14 hours of 2G chatter, while web browsing via 3G reaches 6 hours.

Preorders start this Friday and you’ll find the iPhone 4S in shops from October 14th in USA, Canada, UK, Australia, France, Germany and Japan. 20 more countries will be added towards the end of the month. Sprint will be selling the handset, as well as Vodafone, O2, Orange, T-Mobile and Three. If you’re wondering about what happened prior to the iPhone 4S debut, well, that was one hours of pure bla-bla, with the usual triumphant Apple figures, huge sales and evolution of Lion Os, the iPod and iPad.

Afterwards, we saw a recap of the iOS 5 features (notification bar borrowed from Android, new lock screen, new camera UI and more), followed by a rundown of the iCloud functions and tariffs ($100 for 50GB, one year). In the end there was no “one more thing” moment, that made me sad and I wanted Steve Jobs back at that time. Well, hopefully, the iPhone 5 will bring bigger innovation and the iPhone 4S will unfold as a really pleasant to use piece of gear. Priced at $199, $299 and $399 (16GB, 32Gb, 64GB), this is the latest in Apple mobile technology this year…