The folks of macotakara.jp, a Japanese Apple-related blog have managed to somehow score the facade of the new iPhone and caught it on camera. They have a video of it, that you can see below and a bunch of photos as well. This week has been filled with images of the Apple handset leaking online, especially back plates. 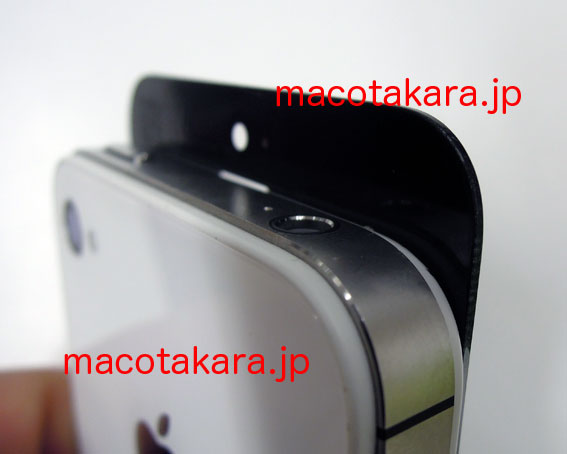 As you can see there’s also a picture comparing the front panel with the iPhone 4S. The length of the diagonal is established at 10.33 cm, so around 4 inches of liquid crystal. The sensor bar is above the edge of the iPhone 4S when the two handsets are next to one another, so we’re dealing with a device that’s about the same width, as shown here, but a bit longer. The backside of the glass must still go through some processing, painting and coating. The Home button is present, if you had doubts about that.

This front side of the iPhone 5 is very thin and doesn’t reveal much about the display, that’s supposed to also upgrade the resolution of the previous iPhone to something like 1136 x 640 pixels. This week we’ve seen a smaller connector dock leaking online and found out that the speakers on the handset will be bigger now and also that the FaceTime camera and audio jack have been moved. As usual I advise you to take the info with caution… Enjoy the video: 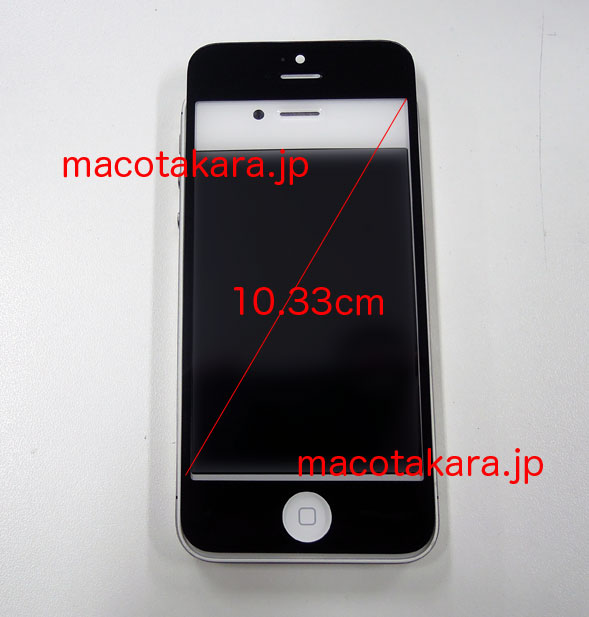