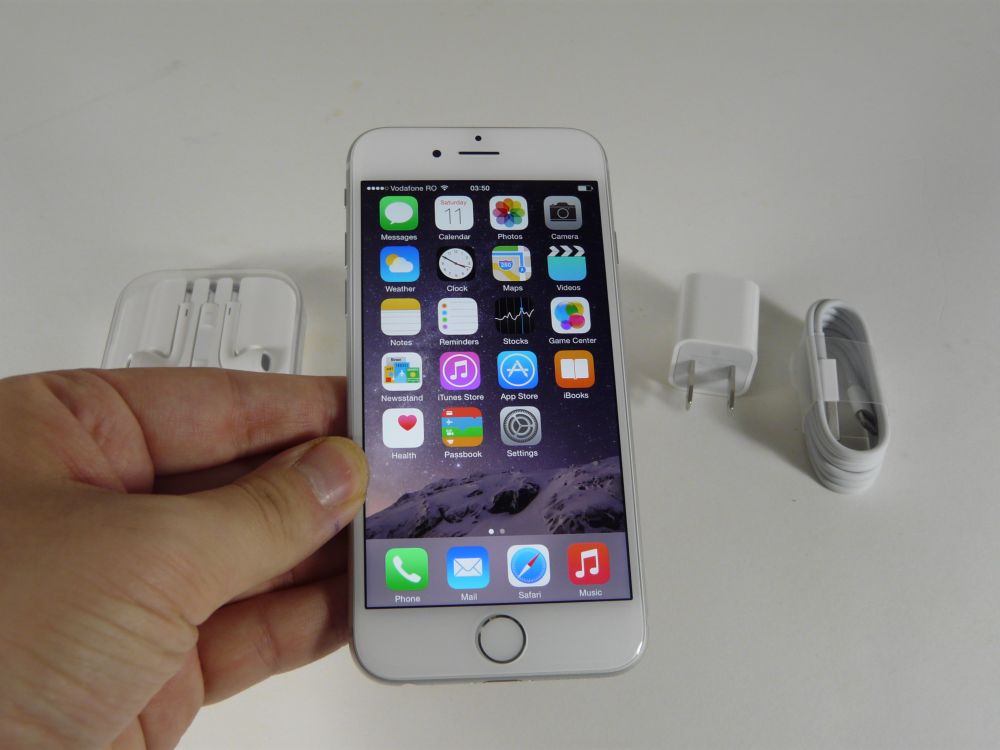 So, the iPhone 6 just reached us for an unboxing session, after we tested the iPhone 6 Plus via our sister site Tablet-news.com. Turns out the handset is a looker and you can learn more about it in the unboxing video below. 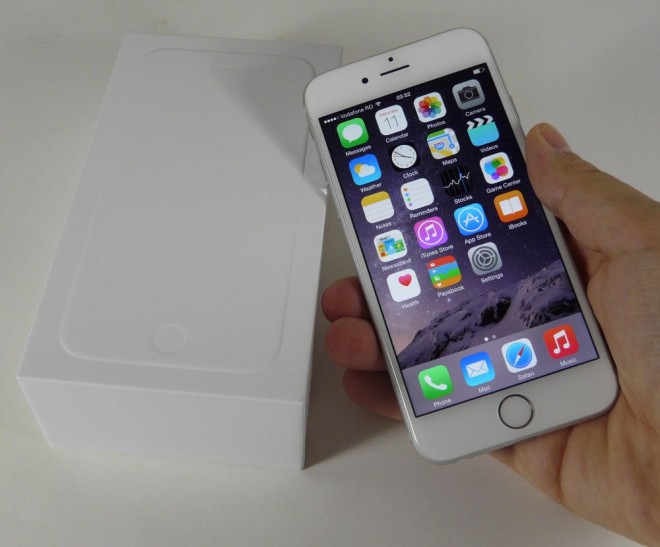 This is the 4.7 inch version of the iPhone 6, that was announced on September 9th and it shares 90% of the specs of the iPhone 6 Plus. The newcomer is priced at $199 in the 16 GB version, $299 in the 64 GB one and $399 for the 128 GB one, all of them on contract of course. Inside the box we find Earpods headphones, Lightning cable, charger, the manual, stickers and a poorly attached metal key for the nano SIM tray.

The iPhone 6 measures 6.9 mm in thickness, being thinner than the 7.1 mm thick iPhone 6 Plus. It also weighs 129 grams and integrates a Retina HD 4.7 inch screen with LED backlight and IPS panel. There’s an Apple A8 64 bit dual core processor inside, as well as a PowerVR GX6450 GPU, the Apple M8 motion coprocessor and a 1810 mAh battery. The back camera is an iSight 8 megapixel unit without OIS, but with F/2.2 aperture, 1.5 micron pixels and True Tone flash. Upfront we’ve got a 1.2 MP shooter, with F/2.2 aperture as well. 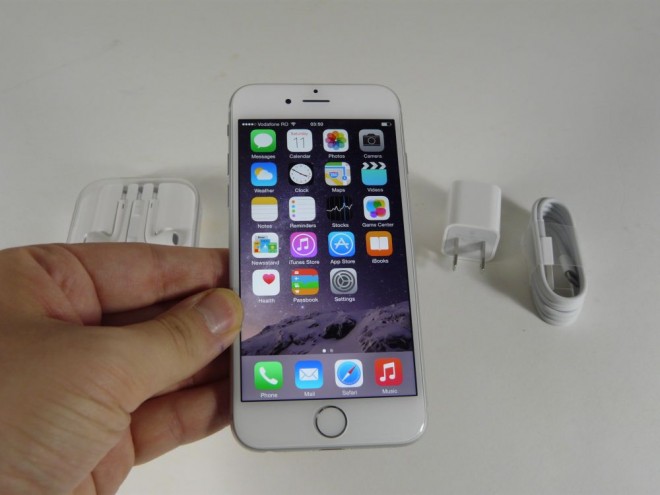 The phone offers LTE, Touch ID, 1 GB RAM, VoLTE and WiFi calling. It adopts a metal unibody design, with rounded edges and moves the On/Off button from the top to the side. The iPhone 6 has a nice feel to it and offers good grip. We’ll be back with a full review soon.