Mobilespoon blog editor Gil Bouhnik did a very neat and elaborate comparison of the most important mobile operating systems on the market, in order to show us all if iPhone OS or Android the real killer nowadays. Let’s not forget about Windows Mobile and webOS! 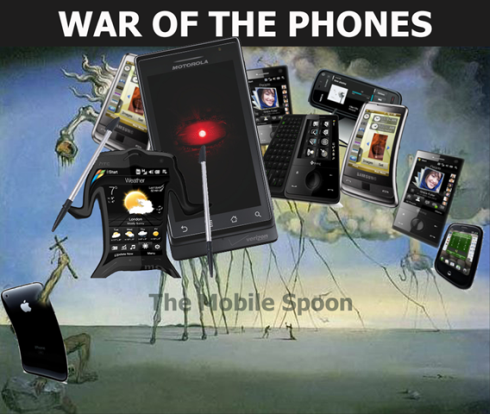 The comparison is pretty subjective and, as you can see in the original post, Symbian was not included on the list. It’s all based on the editor’s experience, preferences and we’re dealing with a general comparison, so don’t expect too much information. The first category analyzed is the form factor, won by Android and Windows Mobile, thanks to the large amount of form factors and devices, unlike the BlackBerry and Palm.

As far as touchscreen responsiveness is concerned, the iPhone rules the pack, followed closely by Android devices and Palm’s webOS handsets. Moving on to the interface duel, once again the iPhone wins the category, mostly because it innovated the segment back in the days, being followed by most operating systems and companies and, of course Android is close behind, together with Palm’s beautiful webOS.

A duel not won by the iPhone is the one of the usability, ruled by BlackBerry, followed by the iPhone, Palm’s webOS, Android and finally Windows Mobile, for obvious reasons. The full comparison can be found here, for more details.