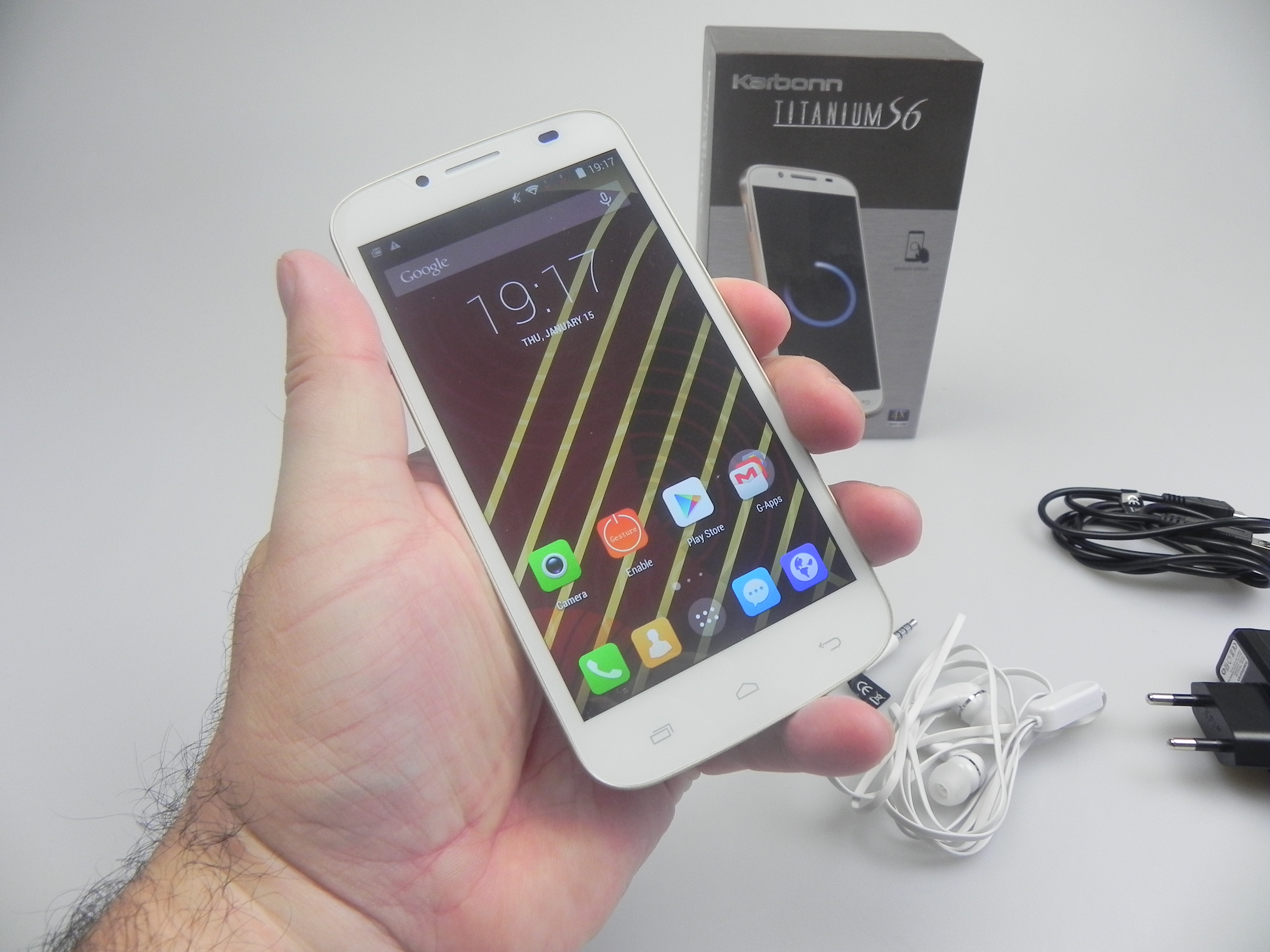 These days we’re playing with a new Karbonn handset, the Karbonn Titanium S6, that gets unboxed in the video below. We’re dealing here with a midrange dual SIM 5 inch phone, priced at $173, at least in Karbonn’s home country, India. 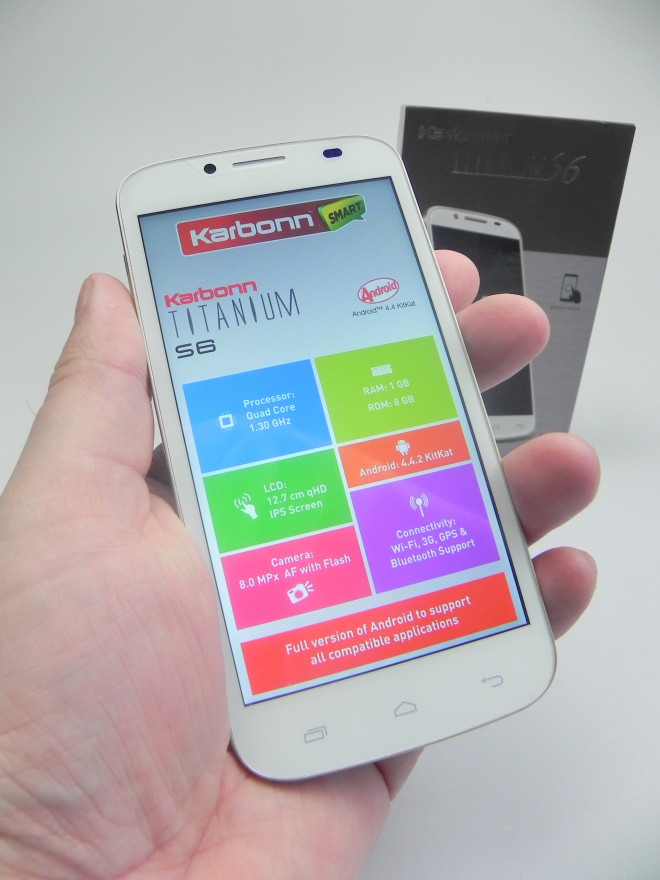 The phone comes with a plastic case, that’s also glossy and slippery. Inside the box we find a USB cable, charger, headphones that look like those bundled with Samsung Galaxy S phones and a manual. Strangely, the manual seems to show the phone with TouchWiz on top… Anyway, Karbonn Titanium S6 packs 3 capacitive buttons below the display, a 5 inch IPS LCD display, with a 540 x 960 pixel resolution and a quad core 1.3 GHz processor.

The storage is 8 GB and the device comes with a 2000 mAh battery, 1 GB of RAM and a microSD card slot. This product was launched in November 2014 and it comes in black or white. It weighs 104 grams and integrates an 8 megapixel back camera, plus a front 2 MP shooter. There’s also WiFi in the mix, FM radio, GPS and two SIM Slots, one with 3G and one without. The device runs KitKat with slight customizations and adopts the Google Camera app for pic taking.

We’ll be back with a full review ASAP. In the meantime, I was a bit annoyed by the very long boot animation of the handset…