We have reached a new era of augmented reality services and to lead the offensive is Layar, an Android browser created for this purpose and coming soon to Android. The software uses the phone’s camera, shows the image it captures on screen and adds an extra layer of information on it, complete with icons and navigation features. 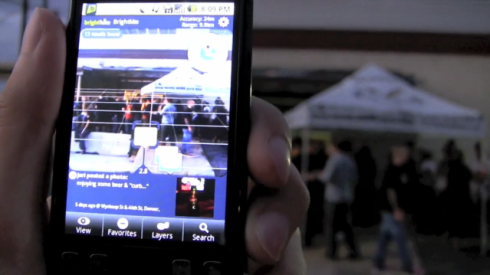 Location-based content is used by Layar, that’s a platform basically, so developers will be able to mess with it and provide more layers of interaction with the environment. Layar will also be hitting the iPhone and you must know that it integrates content from Flickr, Google local search, Twitter, Wikipedia, Yelp and more.

This augmented reality browser has just been announced and it should come preinstalled on Samsung Galaxy, at least in Netherlands. Here’s a demo of the platform in the following video: