It appears that the iPhone 5 will be both smaller and bigger than the iPhone 4, strange as that may seem. Why? Well, according to a recent leak, that involved an icon from the Photostream new beta, the new iPhone will come with a bigger display, but overall smaller case. 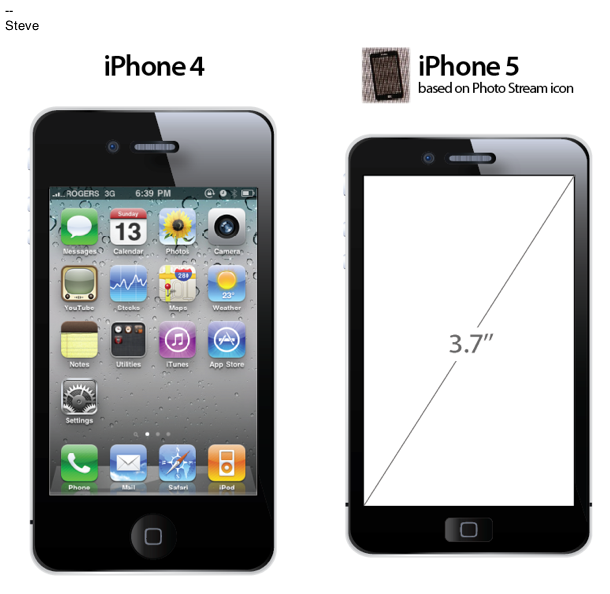 The icon was blown up by the guys and gals of 9to5Mac and the result can be seen below. This larger mockup may correspond to the smaller and cheaper iPhone I’ve been hearing about, not to the iPhone 5. So, is this the iPhone 4S or not? It could be, but what’s really interesting is the 3.7 inch display it includes, according to approximate measurements.

One thing is for sure: Apple doesn’t want to increase in any way the thickness and overall size of the new iPhone, in comparison with the iPhone 4. They could make it smaller, but never bigger… not even if a bigger screen is incorporated. Well, edge to edge displays are always an option, considering how often we’ve seen those in concepts. 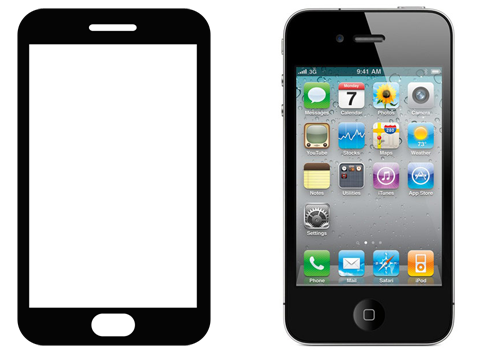