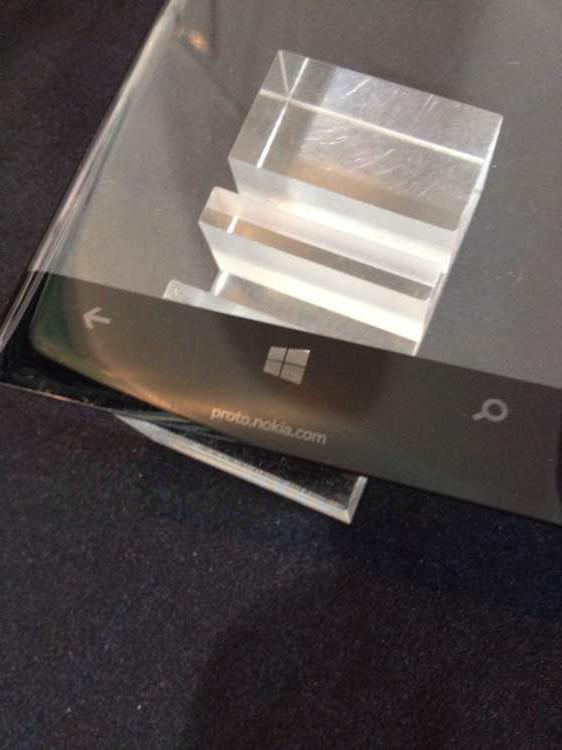 Today we came across one of the strangest teasers ever, as leakster Steve Hemmerstoffer posted a curved display panel with the hashtag Nokia attached. The strange thing is that the device has Windows Phone controls and may end up as a Microsoft Lumia.

After the Galaxy Note Edge came the Galaxy S6 Edge and pretty much an avalanche of Chinese companies trying to implement 2.5D or dual curved edge screens on their devices. Well, Microsoft may be going the same way, judging by this panel. LG also played with the idea, showcasing a dual curved prototype at CES this year. It would appear that the curved glass panel may actually deserve the Nokia tag, since it was project from the Finnish side started before Microsoft bough them.

It’s not clear if the project went to Microsoft or stayed in Finland with other bits of the company. Another important thing to note is that the panel has engraved the address to Nokia’s website proto.nokia.com, so it’s pure Nokia material. Microsoft has enough on its plate juggling with Windows 10 and thinking about implementing or not the 3D Touch thing.

Will they have the time to also include special actions and gestures on those curved sides if this model exists?