Sprint’s LG Eclipse 4G LTE (LS970) model has been leaked before and now it’s coming again, this time with more details and a buddy, the E970 model, that was shown as working on Sprint and AT&T. The newcomer is LG’s most amazing device yet, with a quad core Snapdragon S4 processor and the brand new Adreno 320 GPU. 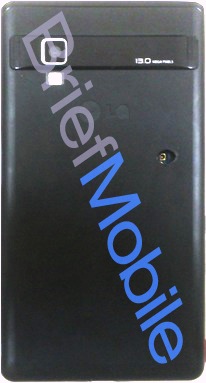 That will give us stunning graphics in games and great performances all around. The User Agent Profile mentions a resolution of 1280 x 768 pixels for this quad core S4 Eclipse. Add to that a 4.67 inch diagonal, 13 megapixel camera and 2GB of RAM and you’re all set. The Adreno 320-based Eclipse also showed up on the benchmarks’ radar, with GLBench showing that the LS970 (Sprint version) scores 125 fps in the offscreen Egypt test. The E970 (AT&T version) scored 113 fps.

NenaMark showed 58.8 for the E970, while the LS970 got 11.663 on AnTuTu. These scores put the devices on par with the Samsung Galaxy S III’s quad core Exynos chipset, if you want a comparison, although the AnTuTu score is higher for the LG model than the Samsung one. Both models are scheduled to arrive in North America around October 31st, so we’re in for a long wait.