The LG G3 hasn’t even been launched and already the G3 Mini has been leaked. The device’s model number LG-724 was spotted in an UA Profile on the official LG site. The handset features an unknown display size, but it supports a 1280 x 720 pixel resolution. 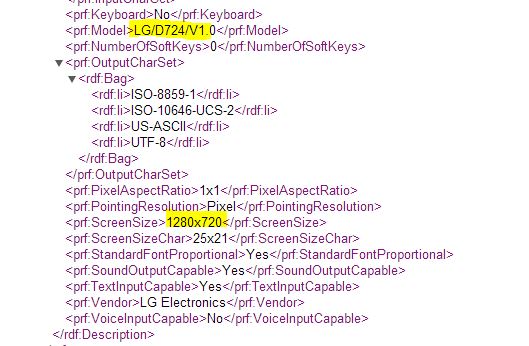 There’s no telling when the device will debut, but I can’t see it taking off on the 27th with the G3, because up until now no Mini has ever been launched with its bigger brother. I’m guessing it may debut at IFA 2014 in Berlin, or maybe during the summer. I totally expect the handset to feature back buttons and the flat G3 UI.