LG G3 has leaked before, but this time we’re being treated to a shot of its brand new UI. Just like the other major phone makers, LG is going the flat design way and their interface looks great especially compared to last year’s approach, shown below. 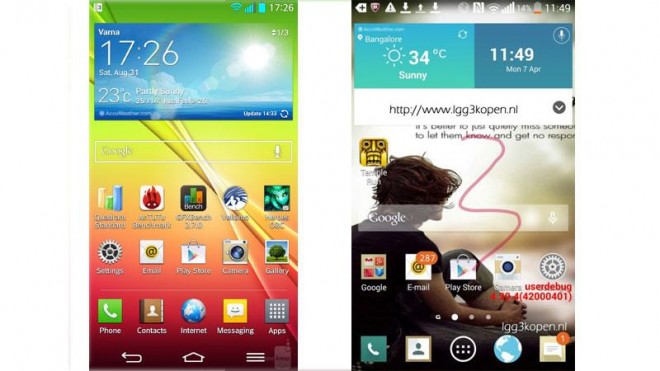 The LG G3 is said to feature a 2K display and debut early this summer, with some enhancements compared to its rivals, the Xperia Z2, HTC One M8 and Galaxy S5. I wouldn’t be surprised if it went with 3 GB of RAM and a Snapdragon 805 CPU only to surpass the other models. Anyway, the resolution rumored for it is 2560 x 1440 pixels and the diagonal is probably a bit above 5 inches.

The device is tipped for a June/July launch and I’m also expecting a solid camera here. Back to the UI, let me tell you exactly what this is: a hybrid between HTC Sense 6.0 and the ASUS Zen UI, which is not necessarily something bad. Do you like it?