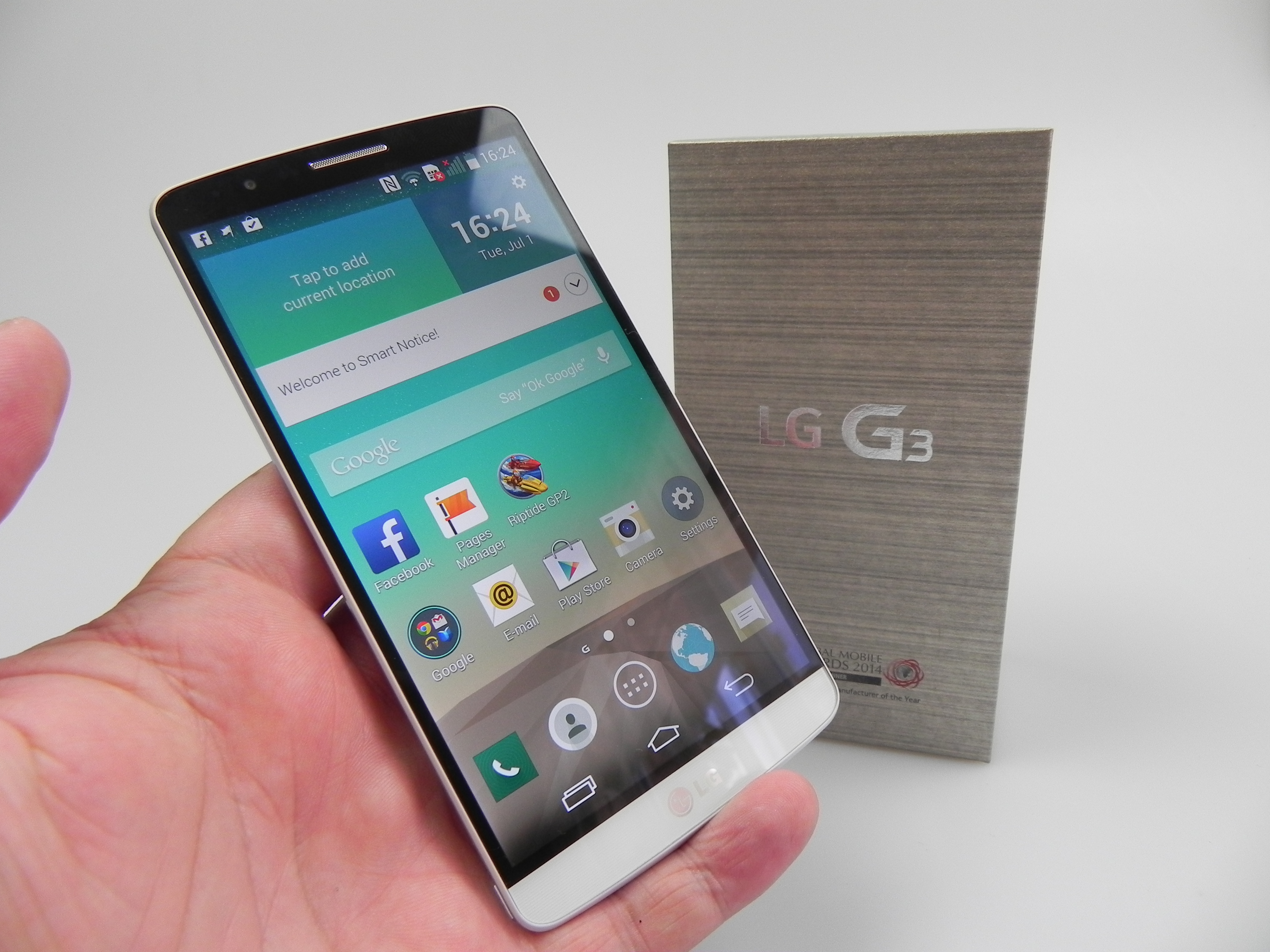 LG G3 has finally arrived on our test tablet, for a full review, but till then we’ve got an unboxing below. This product was announced in May and launched in June, as the first big brand handset with a QHD display. This flagship is already considered by many a very solid candidate for the title “phone of the year 2014”. 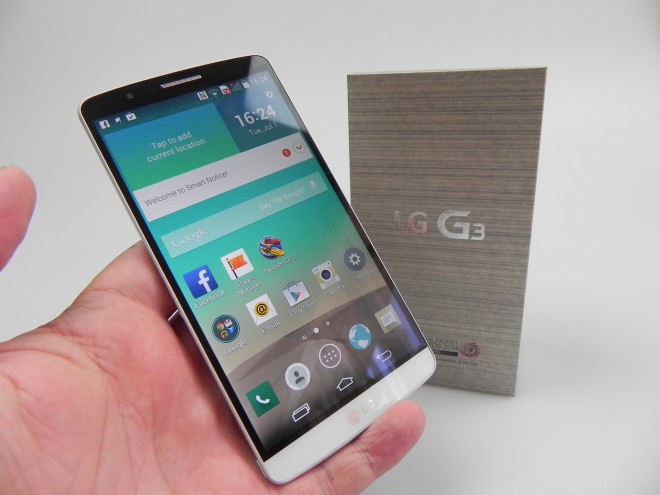 The device is priced at $600 free of contract on T-Mobile and it bundles in the box Quad Beats 2 headphones, a USB cable, charger, manual and a battery. Once you remove the back cover of the smartphone, you’ll see the microSD and microSIM slots overlapped. The microSD card slot can host up to 128 GB cards. LG G3 measures 8.9 mm in thickness and weighs 149 grams. It has a True HD IPS+ LCD with a 5.5 inch diagonal and a 2560 x 1440 pixel resolution. 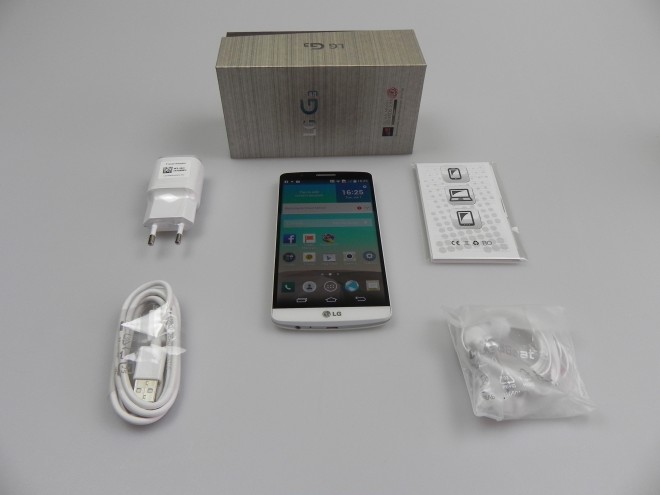 Inside there’s a quad core Snapdragon 801 2.5 GHz CPU, an Adreno 330 GPU and 16/32 GB of storage, as well as 2/3 GB of RAM, depending on the storage version you choose. The G3 has a 13 megapixel camera at the back with 4K video capture and laser autofocus, that works best in low light conditions. The camera also has a dual LED/dual tone flash and OIS+. Upfront there’s a 2.1 MP camera and this model relies on a 3000 mAh battery.

We also get infrared, NFC and a polycarbonate back shell, with some metal insertions and a faux metal look. The OS here is Android 4.4.2 KitKat with a brand new LG UI, that’s very minimalistic and clean. It feels like a Zen UI combined with the HTC Sense 6.0. We’ll be back with a full review very soon!