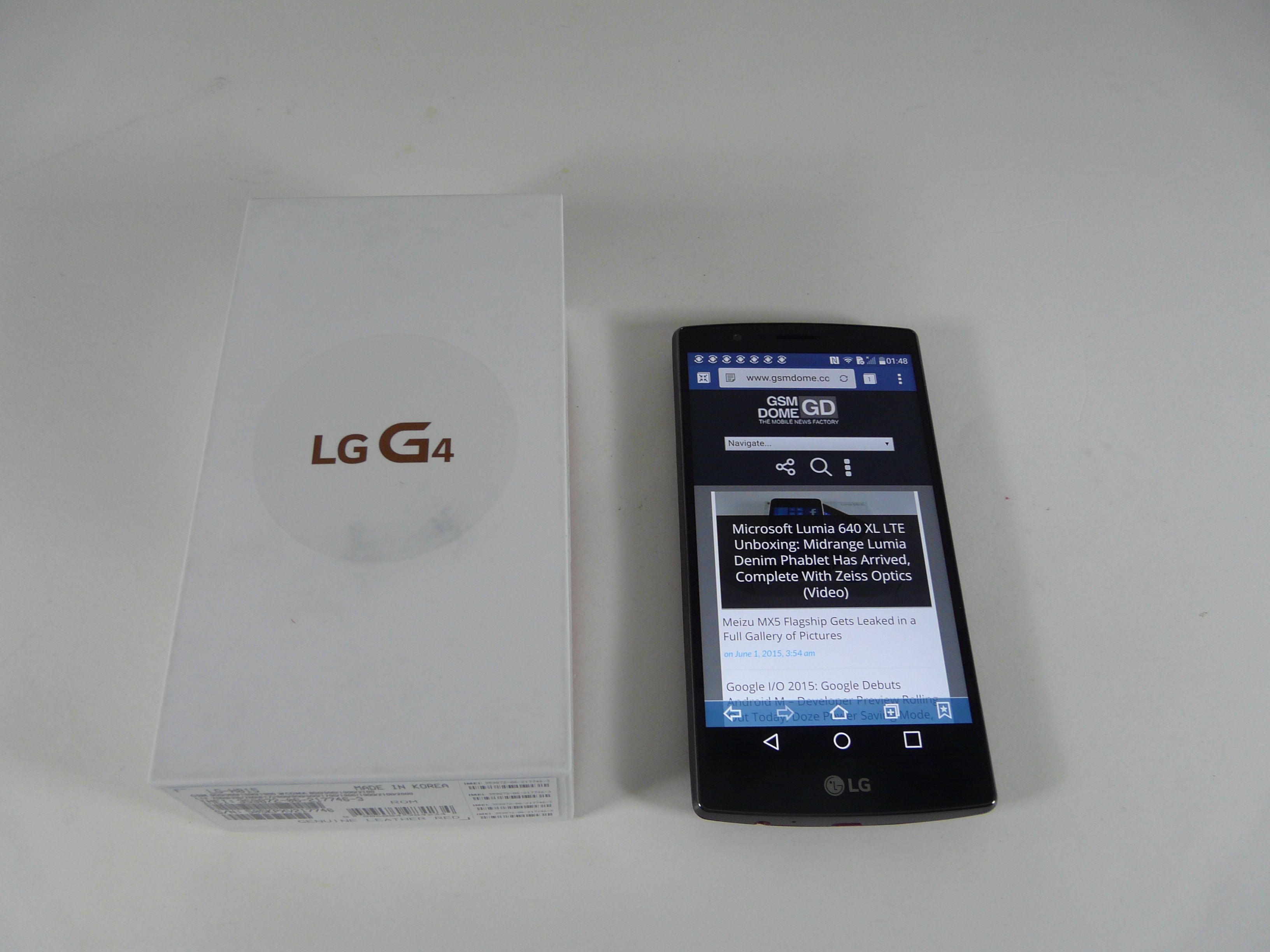 The LG G4 is finally here, after that preview we offered you the day after the device’s announcement in April. We’re unboxing it below and in case you’re wondering, the product is priced at $629 on AT&T off contract, or $200 on Verizon’s contract in USA. This is the 2015 LG flagship phone, the follow-up to the LG G3. 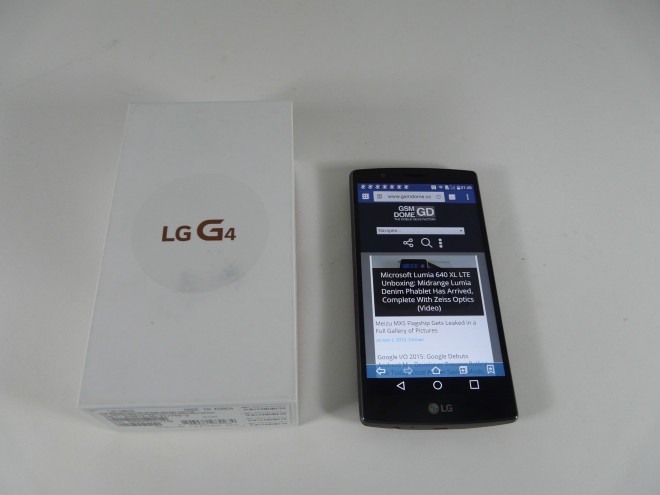 It stands out through its leather back, a removable cover that can be replaced with a 3D texture back. Inside the red box of the handset we found a secondary back cover, the one with the 3D/diamond pattern, as well as Quad Beat 3 headphones, premium ones, a charger, USB cable, manuals, headphone plugs and battery. This smartphone measures 9.8 mm in thickness, so it’s bulkier than the 8.9 mm thick LG G3. 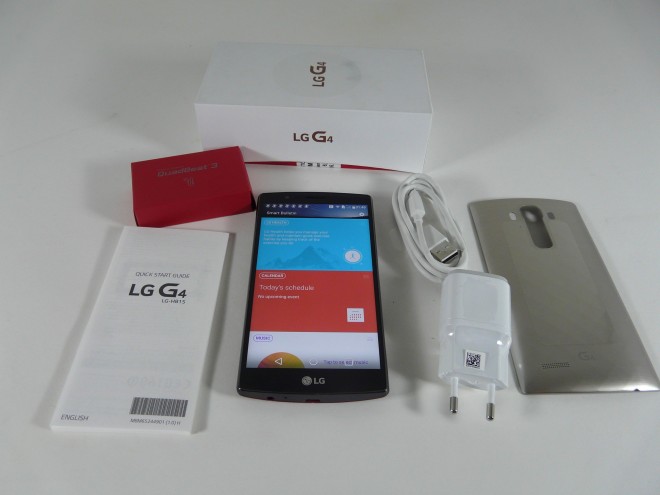 The flagship weighs 155 grams, also being 6 grams heavier than the predecessor. LG G4 has the same 5.5 inch diagonal and Quad HD resolution, but this time it brings a Quantum IPS panel with 1500:1 contrast. Inside the phone we find the hexa core processor Snapdragon 808, a 64 bit unit clocked at 1.8 GHz, accompanied by 3 GB of RAM and 32 GB of storage. There’s also a 3000 mAh battery in the mix and at the back we find the much praised 16 megapixel camera, with LED flash, color spectrum sensor, laser autofocus and the best aperture on smartphones, F/1.8. 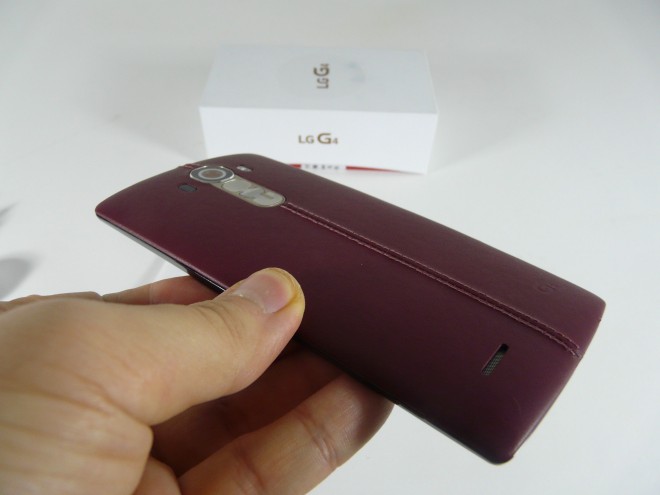 The front camera is an 8 megapixel unit, with F/2.0 aperture. LG G4 runs Android 5.1 with the latest LG UI on top and offers features like Smart Bulletin, Smart Notice or LG Health. In the unboxing you can also catch a glimpse of the camera UI and its manual features, including RAW capture and some other options. We’ll be back with a full review very soon.