Android rumours are popping up a lot recently, with the latest being the one about LG GT540, a phone running Google’s OS that surfaced in a user agent profile. This is an internal document of some kind, made for upcoming handsets. 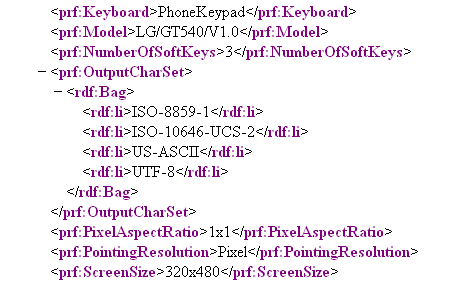 The leak makes this the second LG Android phone, following the GW620 model we’ve seen a while back. Chances are that the two have similar specs, but nothing is known for sure, at this point. What’s certain is that LG GT540 will sport a touchscreen display, with a 320 x 480 pixel resolution, GSM/EDGE/HSDPA connectivity and… that’s about it.