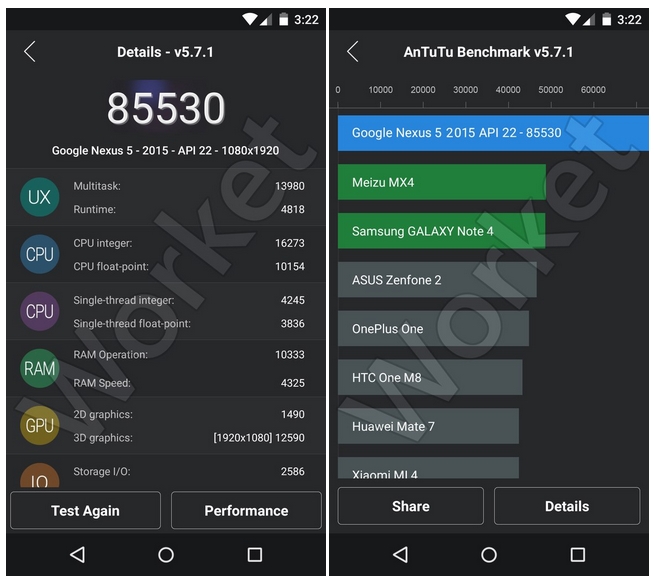 A while ago we found out that the Nexus 5 (2015) smartphone will be indeed developed by the South-Korean company LG Electronics, the same one that built the first Nexus 5. Now, we get the chance to see how good this device performs in some benchmark tests like AnTuTu.

According to the screen capture above revelead by MobileTelefon.ru, LG Nexus 5 (2015) got 85.530 points, an amazing score that puts it on the 1st place among the most powerful phones available on the market. From the previous leaks, this phone will bring a Qualcomm Snapdragon 820 processor and 4 GB of RAM memory.

Beside these specs, is expected that the new Nexus 5 to bring a 5.2 inch Full HD display, Android M operating system and a USB Type-C port. I suppose that a 16-megapixel rear camera with dual-LED flash and a 8-megapixel front-facing sensor to be also in books.