The Nexus 5 is the second Google Nexus phone made by LG and it’s certainly better than the Nexus 4 if you ask me. This product was launched a few weeks ago, it’s the first Android 4.4 KitKat device and it’s priced at $350. We got to unbox it recently and the result is shown below. 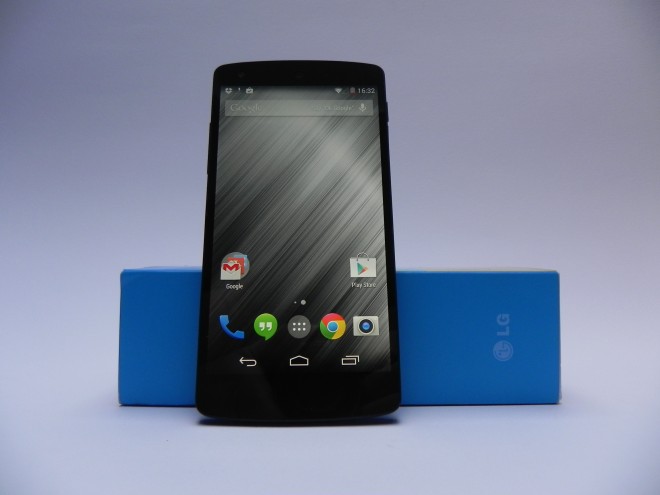 The handset comes in a classic blue box, without headphones bundled. Inside the box we find a USB cable, charger, microSIM tray key and manual. The handset offers a good feel in the user’s hand, it measures 8.6 mm in thickness, weighs 130 grams and packs a 4.95 inch Full HD True HD IPS+ screen. Its back has a soft touch feel and the body of the phone is made of polycarbonate.

Under the shell we find 2 GB of RAM, 16/32 GB of storage, a quad core Snapdragon 800 CPU and at the back rests an 8 megapixel camera with OIS. This device is capable of wireless charging, it has a barometer and a 2300 mAh battery. We’re already playing with the smartphone right now, testing games, using benchmarks and taking a lot of pictures and videos. We’ll be back in a few days with a full review and hopefully we’ll be more impressed than we are now.