We’ve just messed around with the world’s first dual core smartphone, LG Optimus 2X, also known as T-Mobile G2x in some parts of the world. Below you can see the unboxing experience we’ve filmed, nothing out of the ordinary, unless you consider a dual core handset something special nowadays. 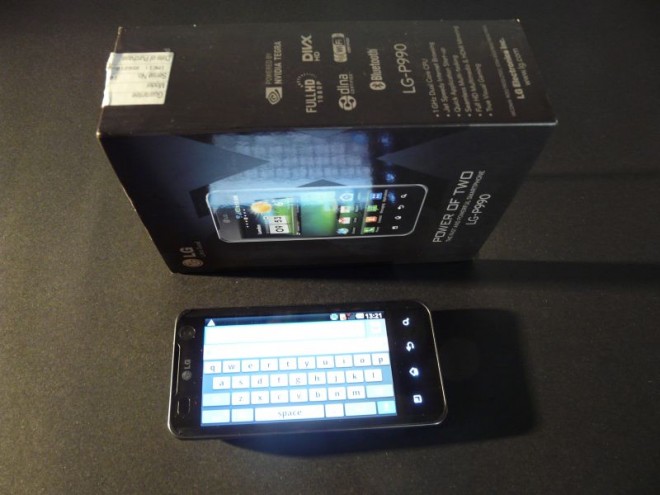 After testing the LG Optimus Black here, this handset looks pretty bulky and heavy… As far as the box content is concerned, things are kept predictable: the charger, USB cable, headphones, HDMI cable and manual. We also power up the device to give you a look at its interface, covering up Android 2.2.

You can catch a glimpse of that 8MP camera able to do 1080p video capture, but more about that in the full review, coming in the following days! Till then keep in mind that this is a 1GHz dual core phone, one that’s been certified by the Guinness Book of Records for being the first of its kind!