As you may have figured out from the past previews, we’ve had the opportunity to review the LG Optimus 3D Max handset, the first 3D phone in 2012. This model we’ve also played with back at MWC 2012 and we were impressed by its slim design and the lack of headaches after checking out its 3D effects. Last year at MWC 2011 it was all headaches when the screen started its 3D work… The 3D Max is a clear improvement, but more about that in the video and written review below. 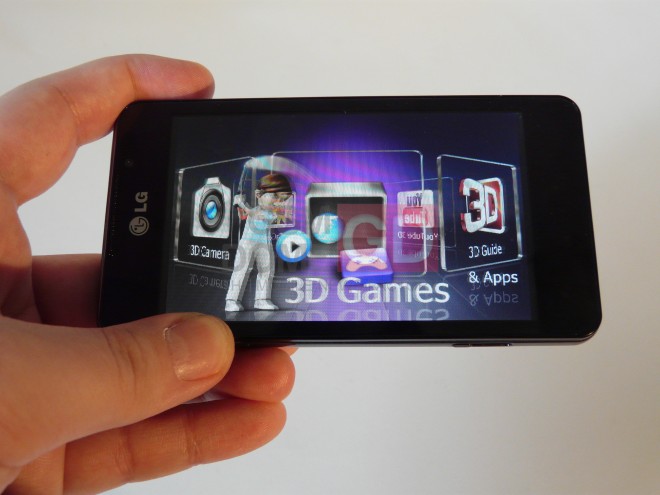 This model is expected for release in Q2 2012 and it should come with a 499 euro price tag, according to speculatons. It runs Android 2.3.6 and while it may not have the 3 classic capacitive buttons for that OS, it’s still ready to receive Android 4.0 ICS 2-3 months after it’s launched. The device will also be known as the LG Optimus 3D 2 or the LG Optimus 3D Cube on some markets, depending on the country it’s launched in. As far as hardware goes, the phone comes with a 4.3 inch 3D screen based on IPS LCD technology and supporting a 800 x 480 pixel resolution. I would have appreciated a qHD res more, but we’ll have to do with that…

Even with the small resolution, everything looks magnificent on the screen, from the UI to movies and games, like those shown in the video review below. Under the hood of the phone we find a TI OMAP 4430 processor, a dual core  1.2 GHz unit, 1GB of RAM and a 1520 mAh battery. There were 3 things that bothered me on the LG Optimus 3D: it was a bulky phone, it had poor battery life and its 3D effects gave you headaches. The headache part is gone, the battery is much better and the design is actually elegant, with a slim waistline, not so heavy allure and an elegant black ase with a very nice way to integrate that dual 3D camera.

Speaking of which, at the back you’ll find the two 5MP camera sensors for 3D capture, complete with 720p 3D recording and 1080p capture in 2D. There’s also a pretty strong speaker at the back and a quick mention here about Gameloft’s promise to convert all its famous titles to 3D for this game. LG Optimus 3D Max is 10mm thick, it supports HSPA+ 21 Mbps downloads and its screen is reasonably bright, with 600 nits of brightness in 2D mode and 250 nits in 3D. There’s also a 3D button on the side of the handset, switching it to a special 3D interface when pressed. It’s actually the same interface of the LG Optimus 3D, kind of a bummer, if you consider that the phone didn’t quite evolve on the software side for a whole year. 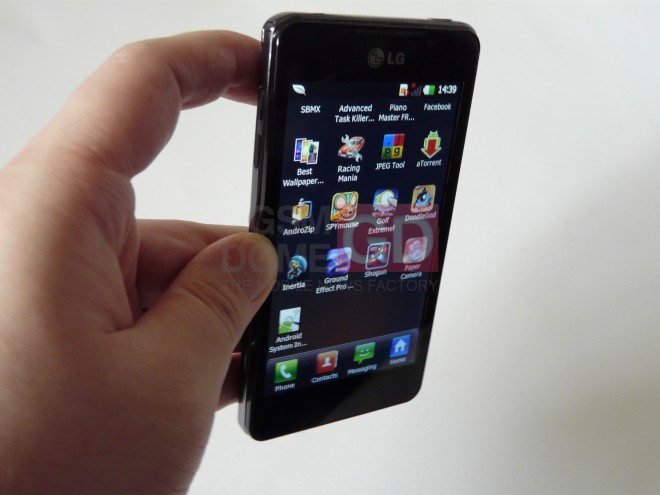 At least we get the usual 3D features, stuff like 3D camera, 3D apps and games, 3D videos and gallery and 3D YouTube, all in a tridimensional carousel that looks great. LG even offers its own app store, the Smartworld, that includes a special 3D section filled with games and apps, both paid and free. Needless to say that audio and video quality are great on this model and the camera is also a pleasant surprise, both in 3D and 2D mode. The video quality is crisp and the 3D capture has some width options you can set.

There’s also the option to mess with 3D viewing when playing back 3D videos, stuff like depth or type of 3D technology used. When LG showed this phone at MWC 2012, they said it’s the first that allows you to edit 3D content and it’s true, since you have a video editor installed on the phone, that allows you to work with 3D video you took, music and photos and create a nice video of your own. A photo editor is also included, once again with the ability to edit 3D shots. 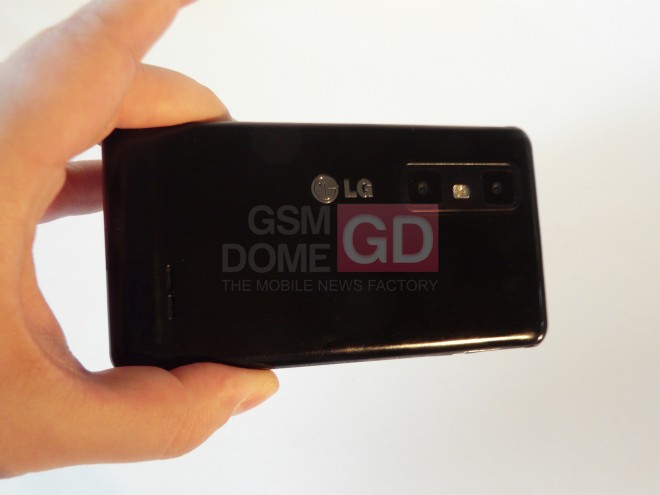 NFC also found its way on board and a special LG Tag+ app marks its presence. As far as apps go, NOVA, Let’s Golf 2 and Asphalt 6 were the 3D games available on this phone for us to have fun with. Also, the 2D games from Gameloft look very hot on the device, like the Sandstorm title for example, so you’ll get a kick out of playing them even without 3D effects. When you do play a 3D game there’s a sliding button on the left of the screen allowing you to tweak the depth of the tridimensional graphics.

All in all the LG Optimus 3D Max is a total evolution of the predecessor and will make a fine addition to the already huge portofolio that LG has prepared for this year. If you want a 3D phone that’s viable and has a decent battery and nice design, this is certainly it! And remember you saw the first review here, at GSMDome.com!