The LG Optimus F3Q is a handset that can be described as a “blast from the past”, an upcoming QWERTY slider that will hit T-Mobile soon. A few years ago the QWERTY handsets were a big deal, but now that segment is almost dead. 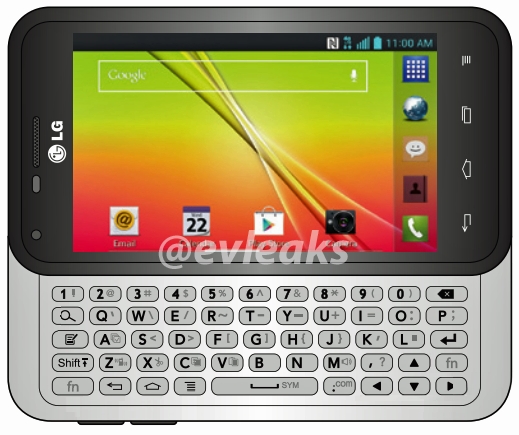 Every once in a while we see a handset his the F3Q and we rejoice at the idea of a revival. Well, the LG Optimus F3Q is prepared to debut on the carrier mentioned above, but don’t go expecting high end specs. @evleaks is the source of the leak here, only publishing the images, without any specs. All we know is that it has 4G LTE and that it runs Android Jelly Bean.

If we look at the name, the Optimus F3Q is probably closely related to the LG Optimus F3, so it probably packs a WVGA display, 1 GB of RAM and a dual core processor. By the way, T-Mobile is also selling the Optimus F3 for $179.99 off contract, so the F3Q will probably get a low price as well.