LG has just unveiled a lower end handset, one that should be priced lower than $200, according to rumors. This is the LG Optimus L4 II, that’s pictured below and will debut in Eastern Europe first, according to sources. 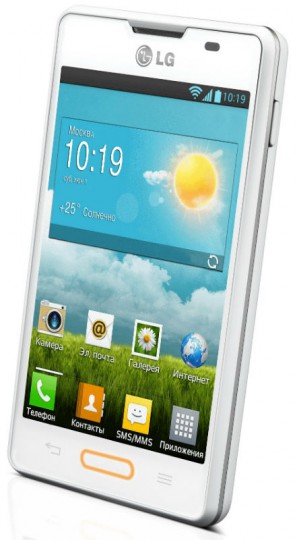 This model relies on a 3.8 inch IPS display with a 480 x 320 pixel resolution and Android 4.1 Jelly Bean as the OS. The device uses a single core 1 GHz MediaTek processor, 512 MB of RAM, 4 GB of storage and a microSD card slot, as well as a 1700 mAh battery and a 3 megapixel back camera with flash.

LG Optimus L4 II will come with HSDPA, WiFi, Bluetooth 3.0, GPS and its case will measure 11.9 mm in thickness. The phone has an interesting aspect: its Home button will also double as a LED notification light, a cute feature for such a cheap handset, rumored to cost about $175.