Nokia and Intel’s brainchild, MeeGo has finally been released in version 1.0, but only for netbooks right now. Also, we learn that the MeeGo 1.1 handset UI development will debut in June, so phones will also get their share of the platform. 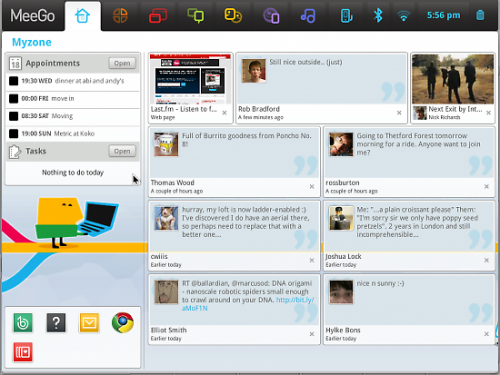 What’s available right now is the MeeGo Netbook User experience release, that will be followed by an early developer release for tablets and handheld devices. You can download the MeeGo image from MeeGo site and run it on Intel Atom-based netbooks.

Version 1.1 of the platform will be available in October and it’ll supported touch handsets, tablets and in-vehicle systems.