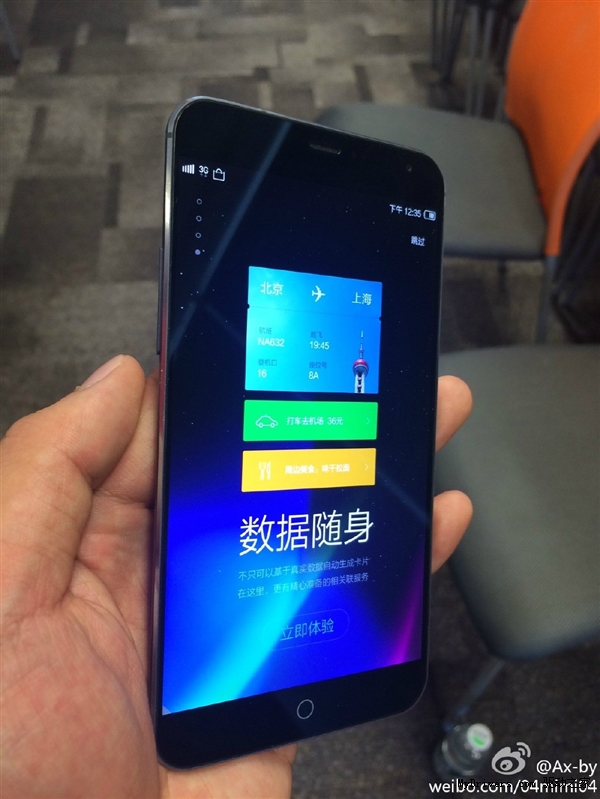 We’ve known for a while that the Meizu MX4 was supposed to come in a few versions, including a Standard model, a Pro model, a Mini/Lite model and a fourth mystery unit. While most of them have been cleared up, the fourth one remains a mystery. Well, it may just be a dual SIM unit, like the one leaked below.

A few spy photos of the device have leaked and they’re shown below, with beautiful UI in tow. This model runs the YunOS 3.0 that looks very, especially in the multimedia area. It’s much better than Flyme OS, to be honest. The screenshot was also a reason to start asking questions, since the device seems to be a dual SIM one and Meizu have yet to announce a dual SIM version of the MX4.

This makes it interesting for us, because we can’t help but wonder what kind of CPU is inside. Not all processors offer support for dual SIM card slots. For example, a MediaTek unit supports it, but I’m not sure about a Tegra or Qualcomm device… Also, can we please get a ROM out of this nice software/UI?