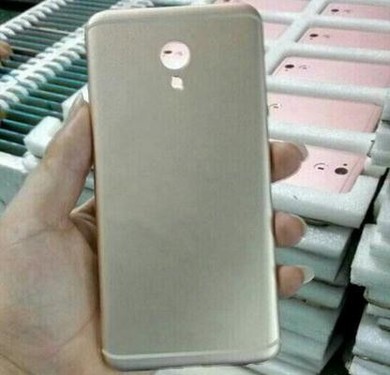 Meizu MX6 is getting ready for its July release on the 19th of the month and a fresh leak is now revealing more about the device. Its antenna lines aren’t pushed all the way to the top like on the Meizu Pro 6, but they’re “half way there” so to say.

We also see a rounded metal case, in pure Meizu fashion, but also a design approach applied by many other firms, like Oppo, Vivo or Xiaomi. The camera design is similar to the one of the Meizu Pro 6 and the specs config is said to include a 5 inch Full HD screen, a MediaTek Helio X20 CPU and a 16 megapixel main camera, as well as an 8 MP front shooter.

3 GB of RAM and 32 GB of storage should be here, but there will be a higher end version, with 4 GB of RAM and 64 GB of ROM, too. All of those specs will be “crammed” within a 7.5 mm thick body. Rumors about 3D Touch have been floating around, but they were dismissed by recent leaks. The price is expected to be around $300.