RIM has been having its worst year since it started in the handset biz, with tons of bad stuff happening to them. The latest was a people trampling in Indonesia, caused by a just launched BlackBerry, followed by the stolen PlayBook units in the USA worth over $1 million… Not to mention the drunk RIM employees arrested on a plane. And all of that while Microsoft is apparently planning a takeover of the Canadian company, maybe even with Nokia support. 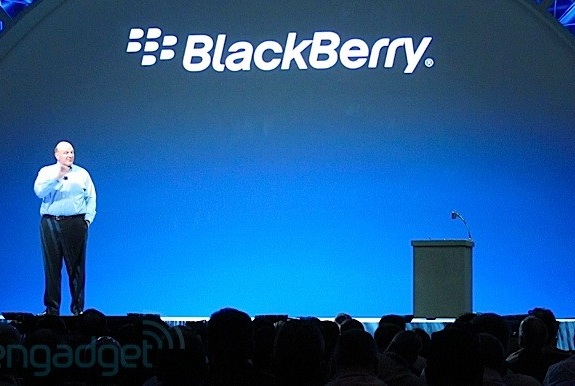 The Wall Street Journal is reporting that a purchase of RIM coming from Microsoft and Nokia is likely in 2012, although HTC and Samsung have both shown interest in the company’s BlackBerry 10 OS. Throughout the year RIM has been getting closer and closer to its end, with problems such as diminished profit, low sales of PlayBook tablets and that BlackBerry Internet services outage in October, that left many users unhappy. While Samsung and HTC only want to license the former BBX (now BB OS 10), Microsoft wants the whole package and Nokia could jump in as it collides with MS too.

I’d advise the BlackBerry maker to be cautious in its approach, else what happened to Palm could happen to them: being dissolved in a behemoth such as HP or Microsoft. Nothing’s left of good old Palm and we wouldn’t want RIM to be relegated to be the branch of Nokia that makes E Series devices, right? I wonder what price MS will offer for the Canadian phone maker and also how long it takes will we see a BlackBerry with Windows Phone on board?