Microsoft’s Kin One and Two models, part of the Project Pink series will be available for pre-order starting May 6th and they’ll ship on May 13th, courtesy of Verizon. Apparently, Vodafone will be getting the texting handsets this Fall, but that’s not been confirmed yet. 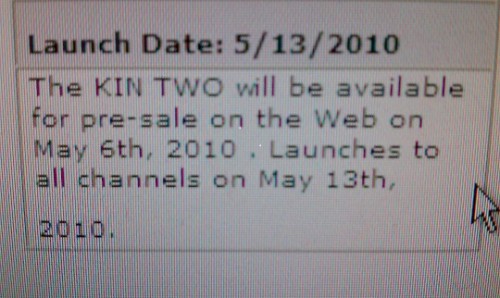 We remind you that the Kin phones are intended for tweens, as Sidekick replacements, maybe because they’re made by the same company as the Sidekicks, Sharp. The handsets rely on social networking features, great QWERTY keyboards, big screens, cameras and reasonable specs.