Hardware keyboards are preferred by many instead of virtual ones, but a combo between the two is always a decent option. However, some don’t dig Moto Droid’s sliding QWERTY, because of its decreased user-friendliness. Apparently, this will change on Droid 2. 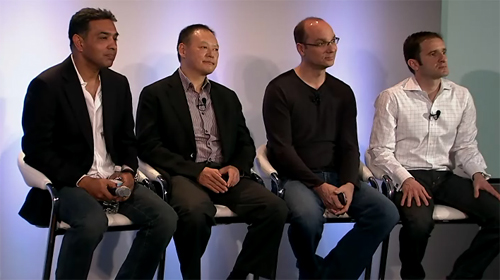 During CES 2010, Motorola CEO Sanjay Jah claimed that there’s a new version of Moto Droid in development, packing an improved keyboard. Speculating on this matter, we can expect the device to arrive in the 2010 holiday season. Also, the fact that Mr. Jha was present at the Nexus One event might indicate that Google will brand/sponsor the next Moto Android device.

Some even say that the Droid 2 will be in fact the Nexus Two/Nexus One Pro, an enterprise device with a physical keyboard. Apparently, the description of the Nexus Two was made by Andy Rubin, so we either expect a very hot device with two famous names or two neat smartphones with great keyboards. The second seems like a logical choice, since the Droid branding is too big to be abandoned.