Samsung has recently announced a brand new memory chip, the 64GB moviNAND, that could make it to the next generation of iPhones. The chip measures 1.4mm in height and incorporates 16 30nm class 32GB MLC NAND chips and a controller. 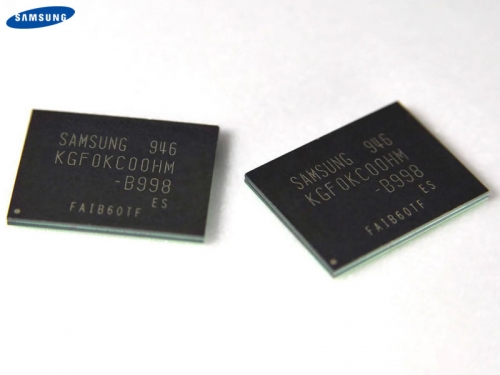 We all know that Apple has doubled the storage space on the iPhone with each new release every summer, so the 4G iPhone is likely to sport 64GB of internal memory. Toshiba also announced its very own 64GB NAND flash memory, so Apple has quite a few options.