If only it was as easy as that! Motorola takes its time before unveiling its attempt of bringing out a phone using Android operating system developed by Google. Such a device will be out little before next year’s second half. 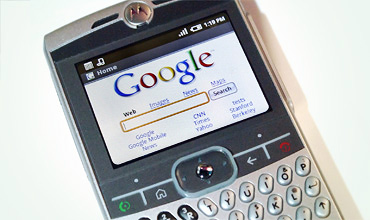 Motorola is loosing points on the phone market and desperately needs some fresh products, as the RAZR phone had a reign for a period much too long already. Social networking phones are on the rise and Motorola might just try to catch this tide for lifting up its sales.

Motorola’s Android-based device will offer a slide-out Qwerty keyboard. Specification is skimpy, but it looks like Motorola will be aiming toward the middle performances with its new handset, as the device will come for a small price.