MWC has been over for days now, but we still have footage to show you, since we’ve filmed a bunch in Barcelona. Among the things left for last (since hands on clips have the priority) is the speech of Google CEO Eric Schmidt. We remind you that he won’t be CEO any more starting April, so let’s hear what the official has to say about Android and its future. 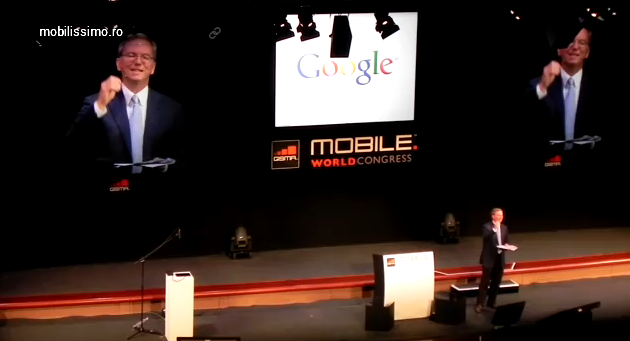 Parts of the keynote are included in this article, in video format and be sure to watch all four of them, to learn about Schmidt’s vision on the future. For one, the CEO hinted about the next Android update, saying that it will start with an “I”, being named after a dessert and it will include both Gingerbread and Honeycomb features.

Could it be that the new Android brings Honeycomb to phones, as speculated a bunch of times till now? The update is expected in the following months, most likely at the Google I/O conference in May. Among the highlights of the keynote there was the showcasing of a video editing app dubbed Movie Studio, that was shown in action on the Motorola Xoom and Android 3.0 Honeycomb.

Schmidt also mentioned some figures: 350,000 Android activations a day, 170 compatible devices, 27 OEMs, 169 carriers, 69 countries and more than 150,000 apps in the Android Market. Interestingly enough, Schmidt didn’t hesitate to talk about the Microsoft-Nokia partnership, announcing that Google was also in talks with the Finns, trying to create a cooperation based on Android.

Also, we learn that the offer remains open, so in case Nokia drops WP7 or if it proves to be a failure, Android is always an option. Regarding the fact that Facebook is starting to look like a Google competitor, the CEO claims that he doesn’t see the social network as a real rival, unlike Microsoft, named its “biggest competitor”. Schmidt was also asked if Google intends to buy Twitter, but we was pretty evasive about that, so it could mean something…

More info can be found in the clips integrated in this article!