We had some fun times in Barcelona, including a session of tinkering around with Rock ‘Em Sock ‘Em Robots, a classic plastic toy game that was turned into a digital Android title by Qualcomm. Thanks to their Augmented Reality technology, they allow the Android user to rely on the handset’s camera to catch the two plastic robots and then place them in a ring on the screen and control them. 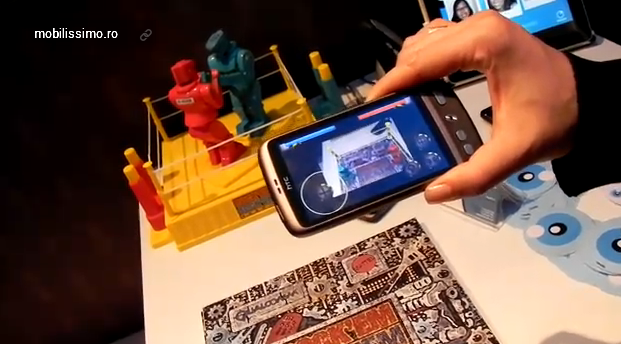 If you don’t have a grasp of how this is done, we have the hands on video below to show you, shot in Barcelona at Qualcomm’s MWC 2011 booth. This Rock ‘Em Sock ‘Em Robots augmented reality version was developed through a partnership between Qualcomm and the toy maker Mattel. Also, know that if you’re a developer and you want to create an AR app, there’s the Qualcomm SDK available here.

This technology can be used to create apps like interactive car manuals, that will show you details about each component while you fix a vehicle.