Skifta was one of the few things in Barcelona and at MWC that left us with our mouth open in astonishment. This is an Android app that’s shown in action below and we’ll have to mention its most amazing feature straight from the start, using an example, illustrated below. 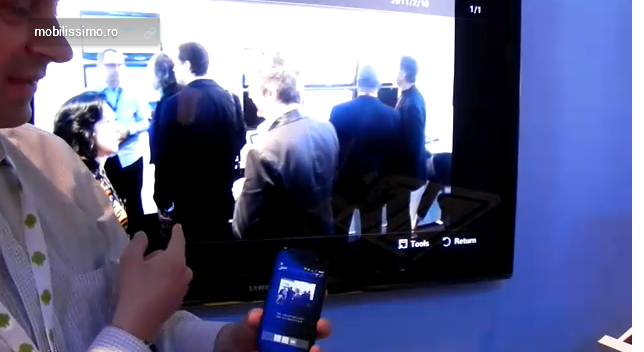 Well, imagine you live in the USA, leave your video/audio player open and connected via WiFi, next you go to Europe in Barcelona, Spain and pull out your Android phone. Afterwards you start streaming the content from the US to the devices in Barcelona via DLNA and using Skifta. Is this cool or what? The same application is the world’s first software certified by DLNA.

It allows you to play photos, songs and videos from the handset to the TV, video/audio players and even connect to consoles like the PS3 and Xbox 360. You can also access media channels created by other people, like Picasa accounts, podcasts, radio, feeds, Facebook channels and play them on the TV. More info can be found in the video.