Sony’s event today at MWC 2012 was even poorer than we expected, since they’ve announced exactly what I thought they would: the Xperia P and Xperia U handsets… and that’s all. Kaz Hirai, the PlayStation daddy and future Sony CEO was on stage, to remind us that after the Sony Ericsson morphing into Sony, their imaging and gaming technologies will make their way onto mobiles. And then we met the Xperia U and Xperia P.

The Xperia U is a smaller version of the Xperia S and Ion launched at CES 2012 and it comes with a 3.5 inch Retina Display and interchangeable chin sections. Thus you can customize the phone to your liking. Sony’s Mobile Bravia tech is also on board, for better graphics during playback and gaming. Xperia U comes with a 5 megapixel camera with 720p HD video and we find out that the translucent button area is able to change color to fit the theme shown on the display. 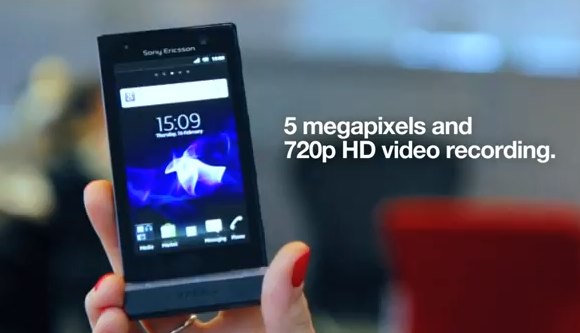 UK Carrier Three will be among the companies selling the phone when it comes in Q2. Moving on to the Xperia P, this one is a member of the company’s Xperia NXT Series. This midrange model fits right between the Xperia S and the Xperia U and comes with a dual core processor, a new White Magic screen with twice the brightness of a normal display, for improved outdoor viewing. There’s also a NFC Smart Tag system in the mix, that remind me of the LG Tag technology. Sony also announced a Media Dock with HDMI output to the big screen TV, pictured below.

Xperia P will come in Q2 2012 with a 3 brushed aluminum finishes. We’ll be back with more details once we get some hands on time with the handsets at MWC 2012! 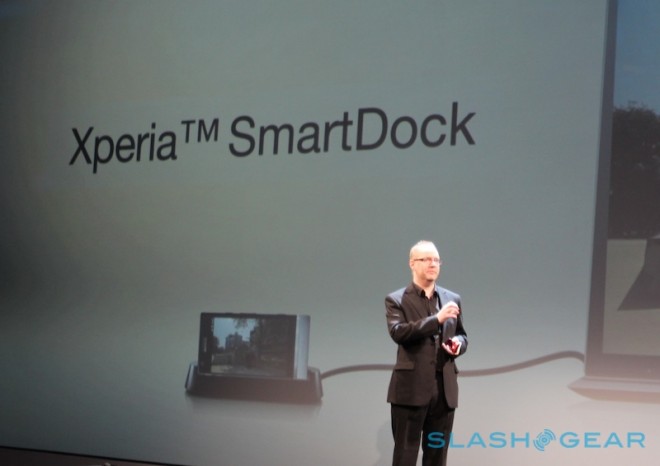